Take a stroll through the main drag in a trail town and you’ll be able to pick out the thru-hikers pretty easily. Whether they’re wearing an assortment of thrift-store neon, inhaling 14 plates of food, or sporting a yeti-worthy beard, you can’t miss them. We let this year’s thru-hikers nominate each other to get recognition for those who really stood out amongst the standouts. Scroll through for Appalachian Trail hikers, followed by Pacific Crest Trail hikers.

She always brightened our bubble with her creative trail sketches of her day or milestone on the trail.
-Bethany “Snap” Varner 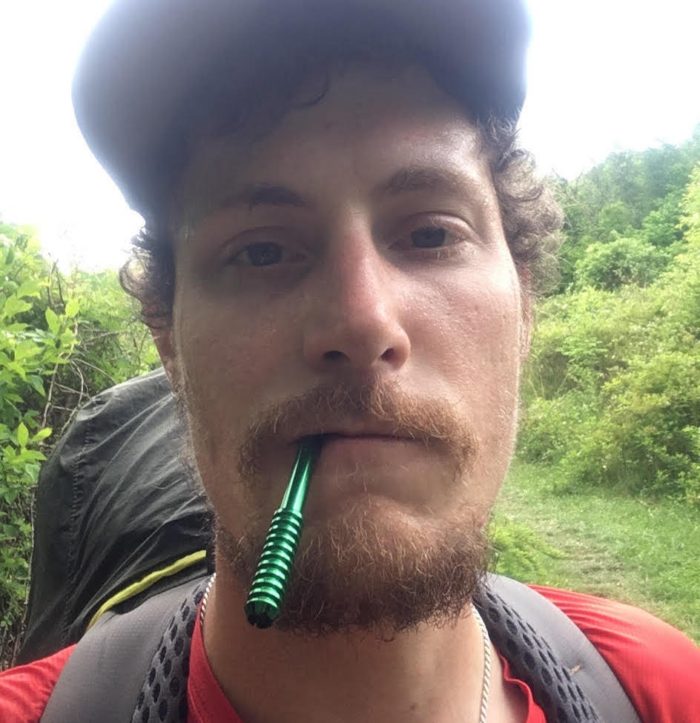 He looks like he cut hair from his head and glued it to his face. Here it is in all it’s gloryHe never shaved or groomed it. It just grew in all crappy like that on its own. Pretty impressive if you ask me! -Jake Sellers 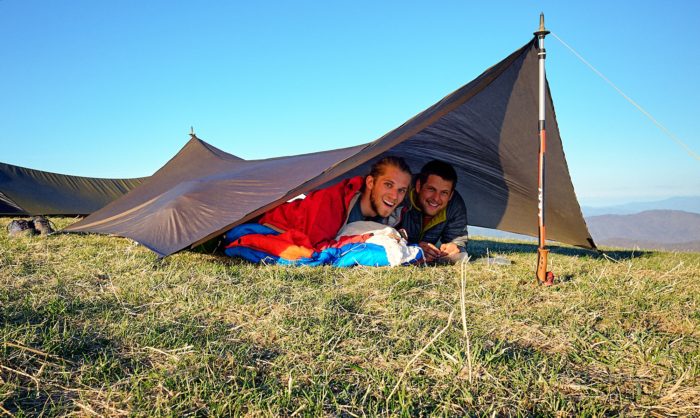 These two awesome guys started out solo on the approach trail but started hiking together after Tray Mountain. They are both hammockers, which is why they struck up conversation. They became fast friends, and easily may favorite people to see on the trail. They hiked on and off (mostly on), even sticking with with other through some illness and injury. They didn’t get to summit Katahdin together, but they are definitely worthy of this superlative! -Heather Provoncha 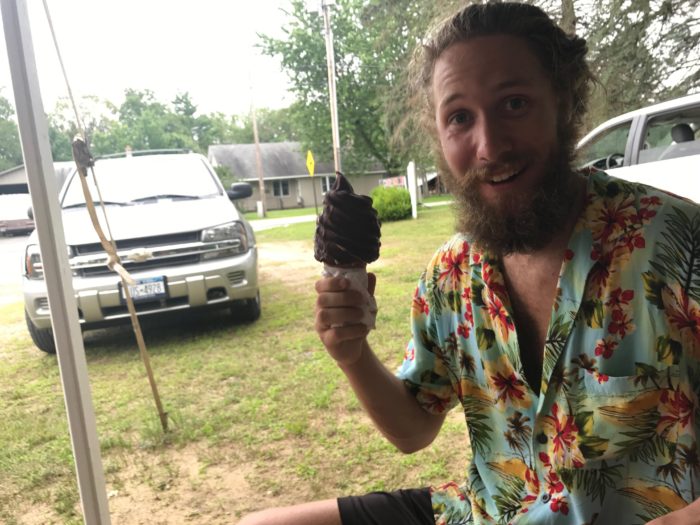 You can hear his very distinct laugh from at least a mile away! -Taylor ‘Hamilton!’ Santa 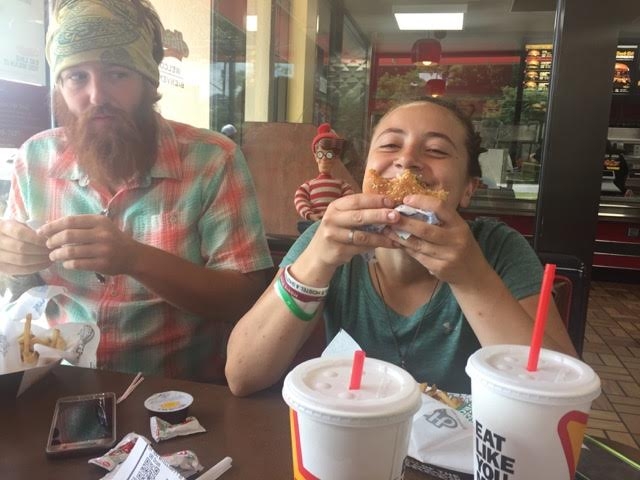 The amount of food that this woman consumed on and off trail is truly amazing. I watched it happen on a few occasions, and her hiking partner Chips can attest (and perhaps better defend her title) to the massive piles of food she can put down. The time we spent in Virginia together was often filled with comments like, “I am always hungry,” and “There will never be enough food.” On her dream tattoo for the AT experience, she wishes to include a cheeseburger. –Therese “Lil Wayne” Masotta

Most Willing to Give You the Shirt off Their Back: Lil Cub 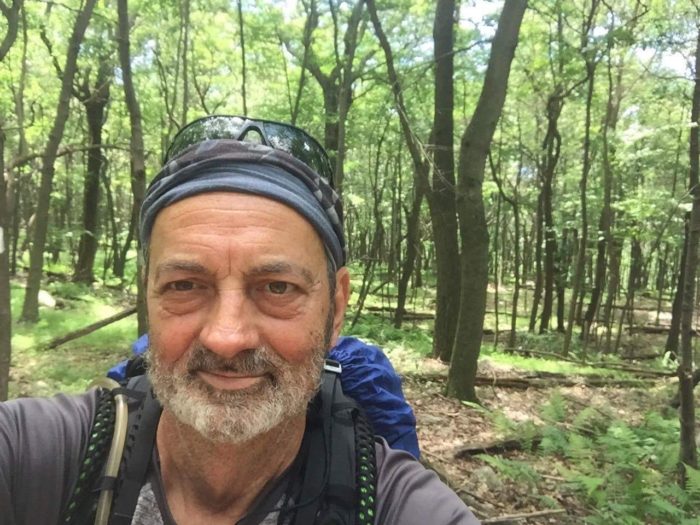 I saw him go out of his way to check up on hikers who were having a tough time for one reason another. When I struggled after coming down with Lyme he texted me or timed his shelter stops in order to check on me. Most of the time it had to be a real inconvenience. – Kay Nix 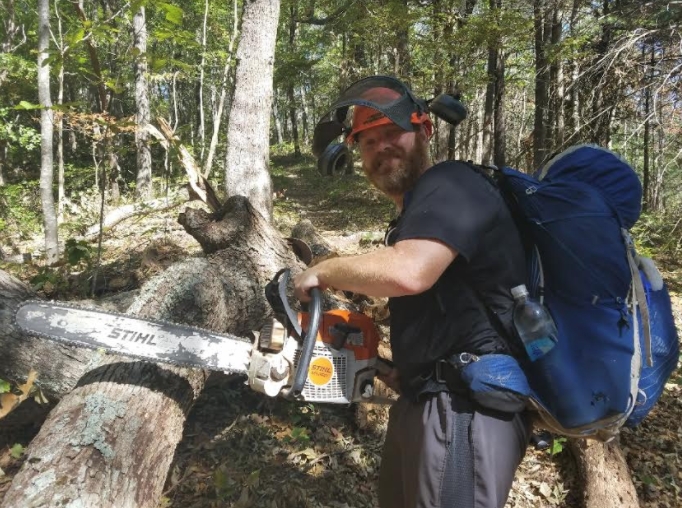 Chainsaw is extremely positive and fun loving, but somehow he could fit more swear words into a sentence than anyone I’ve ever met, and he used them very creatively. He retired from the Navy just before starting his hike. One of his goals for his thru hike was to stop swearing so much. It was a standing joke among all who met Chainsaw that he was spectacularly failing to meet that goal 🙂 – Deborah Coleman

Most Likely to Run out of Food: Horse 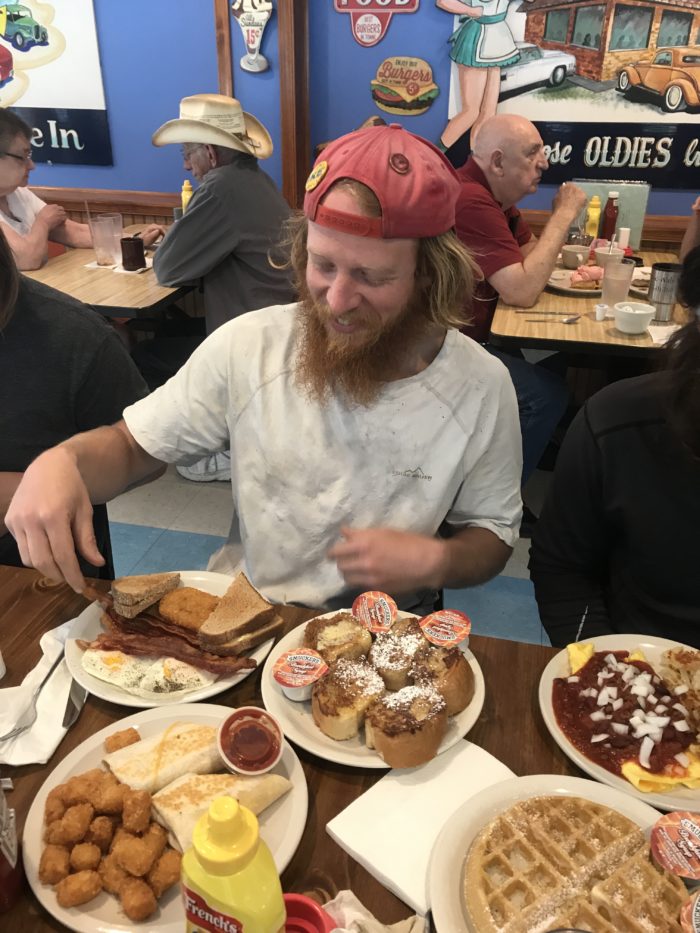 Horse’s diet consisted only of snickers, Welch’s fruit snacks and cold oats. He consistently never seemed to buy enough and had to race ahead the day before town in order to eat! -Caroline Iantosca 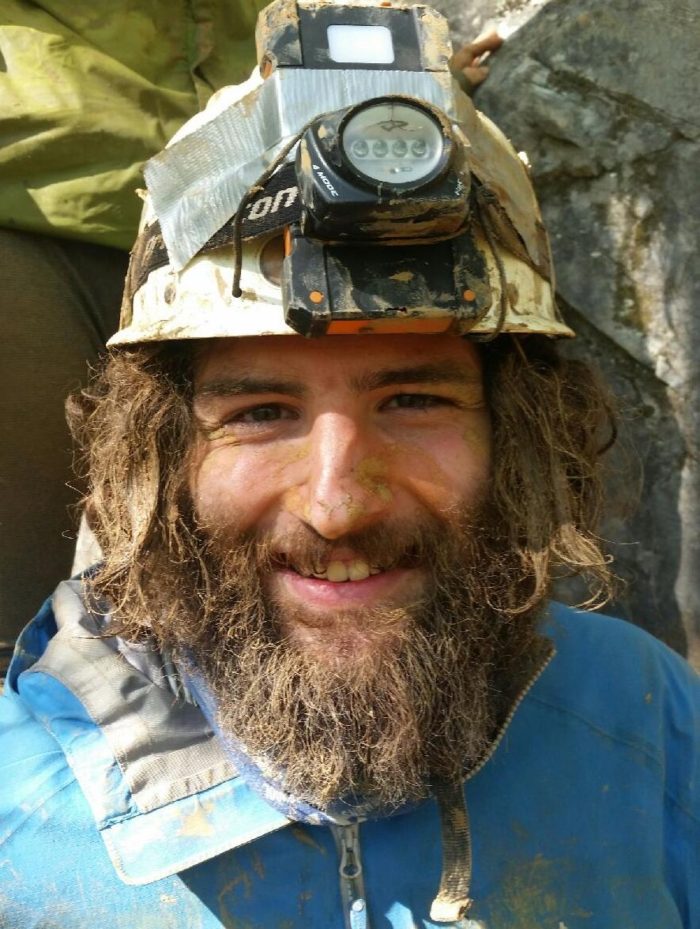 Olde English started the trail with all the gear and clothing he used on the pct. He made his single shirt last through TWO through hikes! This however is not the only reason he deserves this superlative. He carried a Melanzana hoodie or Mellys (we called them). He influenced at least 18 people (probably closer to 25) to buy a Melly and have it shipped to them on trail to replace their fleece. They also make great pillows for the guys going ultralight. Its all about style points out here he would say. We even called Mellenzana and a former AT thru-hiker (windsock, class of 2014) thanked him for helping support the ma and pop clothing line and knighted him the honorary ambassador. -Brittney Stuard 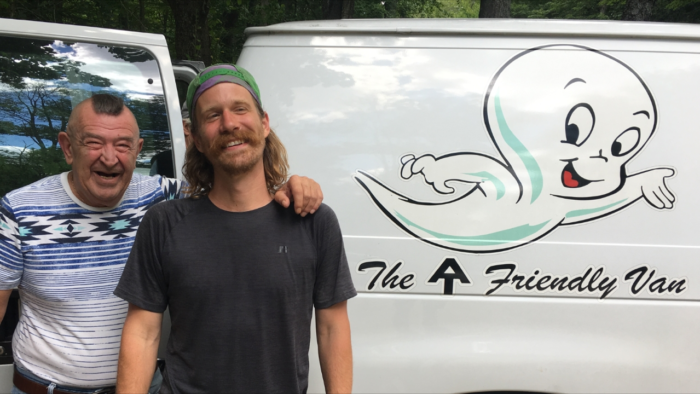 The pic says it all. -Scott “DaddyLonglegs”

Best Person to Hitchhike With: Caboose 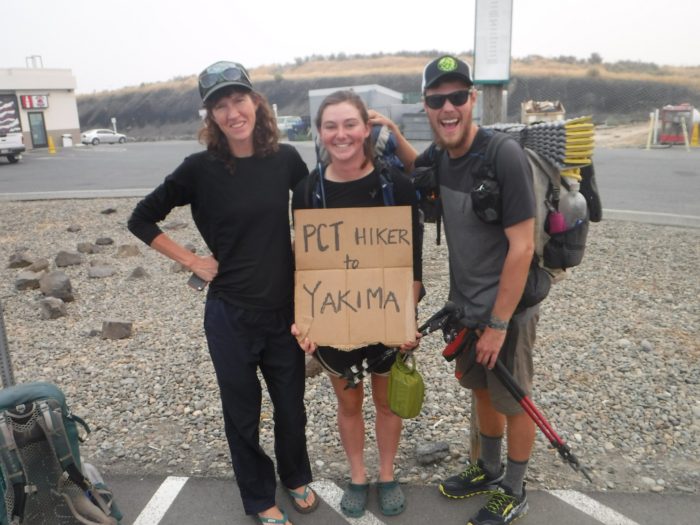 Caboose helped us get a hitch with a woman who OWNED A BREWERY in Yakima, WA. Beers on beers on beers. – Kelly “Chainsaw” Wood 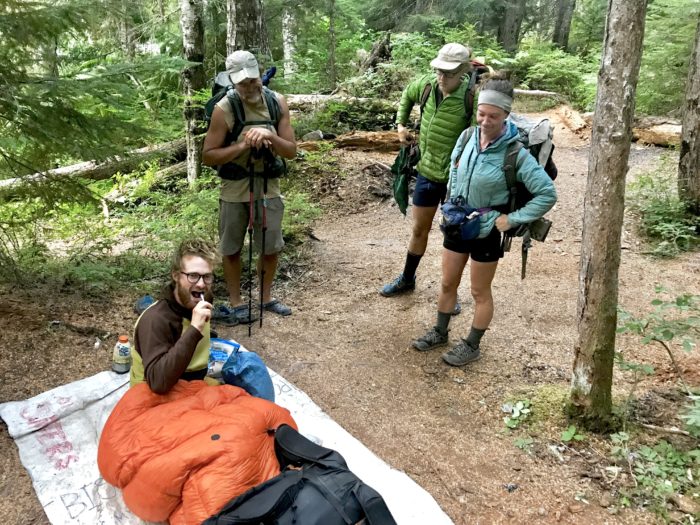 I don’t think there was a single morning where Squarepants left camp before someone. He was notorious for being the last one to be ready to leave lunch, town, break spots, etc. If you hiked with Squarepants, you inevitably waited at some point for him. -Alexa “Bonsai” Shapiro 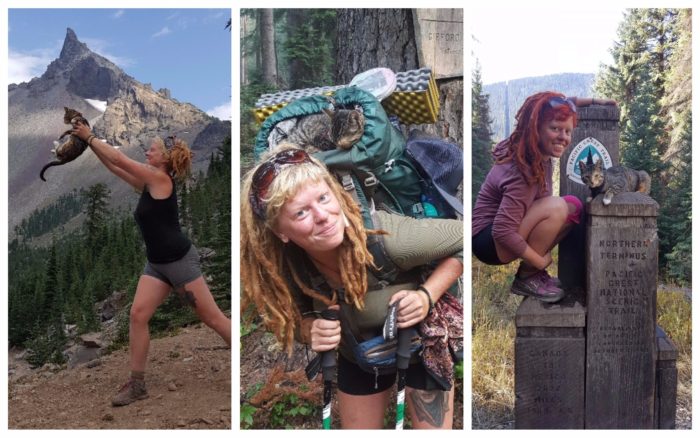 We met on trail and she just moved into my apartment. This romance began on Trail and we are so so SO in love. Trail Bait was probably the most loved and talked about hiker, as well. She protected my food every night and was a great partner in crime when we needed to get a hitch. I don’t think anyone can argue that we make the best couple that the PCT has ever seen. -Taylor 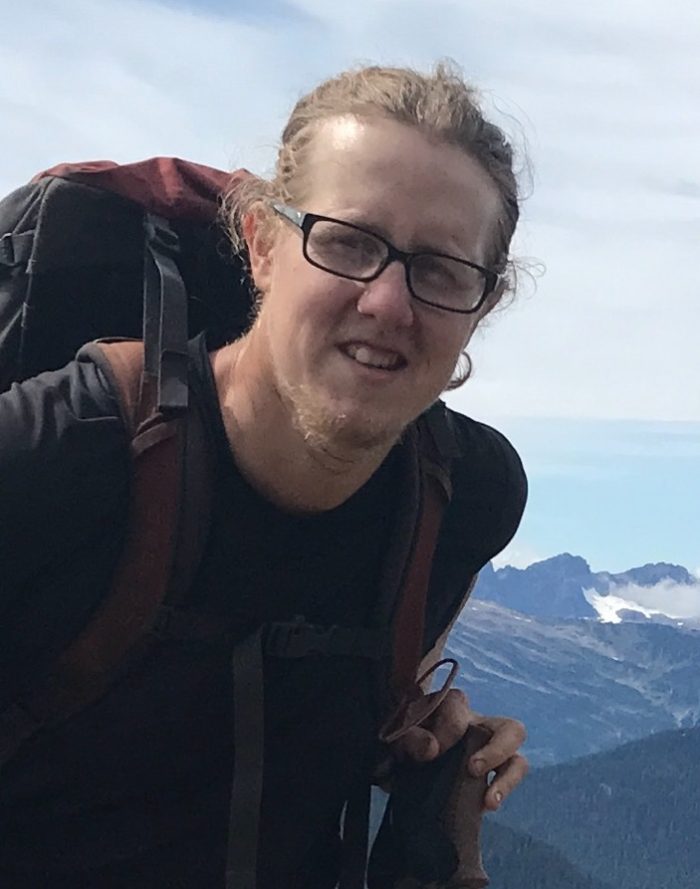 This man was once asked at a post office if he was old enough to mail a package, despite having tried to grow a beard for 2+ months on trail. This picture Bighorn in northern Washington, when his sad beard was at its longestabout 1.5 centimeters. -Squarepants 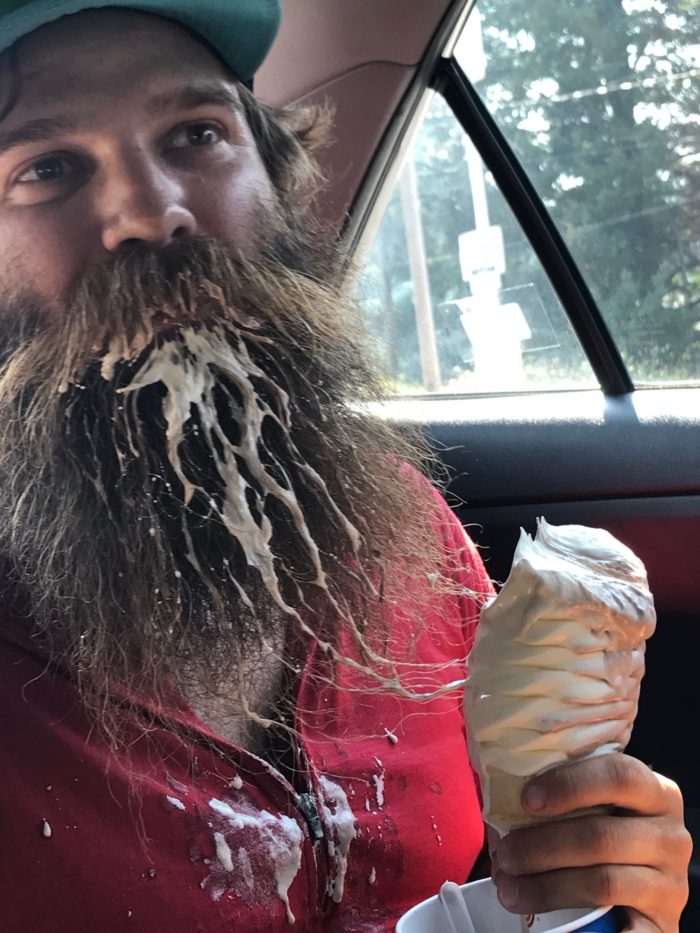 Scene: We’re in Cascade Locks, home to the East Wind Drive-In, and consequently the most ridiculous soft served ice cream cone on earth. Before actually witnessing the size of this behemoth, from the backseat of our rental car, Jabba professes there’s no doubt he’ll be able to finish the entire thing. Lieutenant Cuckoobird, our buddy with a notoriously huge appetite also in the backseat, quickly makes the same claim. The competitor in me can’t be outdone, so I too join in the battle of bad ideas. Before long, the nice young ladies working the drive-through very carefully pass the first cone through the window. It was at this precise moment I knew I was in over my head. The ice cream towered at least full foot above the top edge of the cone. I’ve seen babies smaller than this thing. Immediately the car erupts with laughter and fat-kid excitement. After about five minutes of furiously inhaling vanilla and chocolate swirled harmoniously together, I still have at least nine inches of cream to go (that’s what she said). I slam the rest of the dessert into my cup, officially throwing in the towel. Lieutenant Cuckoobird doesn’t last much longer. As the rest of the car is complaining of an upset stomach, the kind that can only be acquired from an unreasonable amount of sugar and lactose, Jabba is still hammering away, determined to make good on his bet. After about 10 minutes and the 100-plus degree temperatures spilling through the car windows, the ice cream begins turning to a liquid mess. Undeterred, Jabba closes his eyes and slams his face, beard first, into his quickly deteriorating cone. This process repeats for another 15 minutes, until the remainder of the ice cream is spread evenly amongst his shirt, beard, and insides. Did he make good on his original claim? That’s up to you to decide. Either way, we were all equally impressed, entertained, and disgusted. – Zach “Badger” Davis

Know someone who ought be included on this list?  Add your superlatives here.