Even though my featured photo is cropping to look like “600,” thus far I have now hiked 1600 miles of the Appalachian Trail. However, this post has little to say about that except the topic is born out of the many nights of communal livingspecifically staying at backcountry shelters.

There are more than 250 shelters available to hikers, on average every eight or so miles, along the entire Appalachian Trail. The size and style are as varied as the terrain. Typically three-sided, shelters can be as small as a four-person chinked log lean-toincluding one within earshot of an Interstate Highwayto large masonry stonework built by the CCC with room for fourteen. They may be architectural timber frame masterpieces or utilitarian cinder block structures. Some are historic, others new. One shelter in Tennessee is a repurposed barn and another in Virginia is a geodesic dome. In Pennsylvania, competitive caretakers have added flower boxes, swings and whimsical signage. A few shelters offer cold water showers and a few others are close enough to a road that pizza can be delivered. Most shelters, but not all, are located near a water source. Most, but not allparticularly in Tennesseeinclude a privy. Cables, poles and/or metal boxes are often provided to help safeguard your food. Some shelters have cooking areas, others have picnic tables but all have decks where hikers roll out their sleeping bags claiming their bit of space for the night.

It’s a place where one can claim to sleep with different women and men. Nightly.

Shelter life means mostly accepting that personal privacy is optional. You either learn to live in the same clothes or figure out a way to change out of them as discreetly as possible in an open room with other people milling about.

Space is available on a first-come, first-served basis. You are not supposed to save space for your slower hiking buddies and it is considered poor form to set up your tent or hammock in a shelter, use up extra space for a dog, talk on the phone or smoke in one (at least without first asking). Basically you are sharing one large bedroom/living room with a bunch of strangers most of whom smell like old gym socks, snore like a freight train and/or assume that fresh air dilutes gaseous omissions. Oh, and there tends to be resident mice.

Prior to starting my own company, I worked as an art director in an advertising agency that occupied the first floor of a two-story office building. A real estate office was located on the second floor. Each day we noticed that one of the women from upstairs would come downstairs to use our bathroom. We dubbed her The Poop Lady, because she apparently didn’t want any of her co-workers know what she was up to. This was before the invention of Poopouri for the uber self-conscious.

At shelters, it’s no secret what we are up to when we pull out the ziplock bag of toilet paper. It’s even less a secret when we are using a composting toilet. Composting, or mouldering privies, consist of an open air, screened-in deposit area over which a structure has been built to house the throne. Sometimes the room is completely enclosed. Other times, it just has some privacy walls, but your feet can clearly be seen beneath the wall. And guess what? Unlike The Poop Lady, nobody cares. Because, you know, just like the childrens book teaches us Everybody Poops.

Don’t be that guy.

Just like any social mixer, meeting new people for the first time can be exhilarating. Or exhausting. You can learn about new travel destinations, exchange news, talk about ideas.

Or, you can be stuck listening to a former barista drone on, extolling the virtues of every individual chai tea ingredient. Or endure an insufferable gear head mansplaining why going stoveless is best. On a rainy day, that shelter could very well turn into a prison.

With the exception of any shelter is the best shelter when it’s pouring rain, even if you are stuck with that guy, the true gems are those that are garbage- and graffiti-free.

Although this could be true anywhere on the trail, because Georgia is the starting point for most hikers, many of whom may never have done much prior camping, there tends to be a learning curve about proper etiquette. A lot more could be said, but here are a few things to mention, some of which I wish I could unsee.

It is not cool to brush your teeth and spit over the edge of the lean-to. Nor will anyone want to use the (seriously?) toilet tissue you thoughtfully left in the fire pit to start that next campfire. Paper wrappers? Also not fire starter material. Just pack it out.

Food should be hung outside, not from the strings in the shelter. Those are for your empty backpacks. And the unopened oatmeal packets or unmarked ziplock bag of white powder you left in the shelter? On purpose? This is not trail magic no matter how much you convince yourself you might be helping someone. Oatmeal is never magic. Except for mice. It probably increases their fertility rates.

Finally, do not write on the shelter walls. People. Who pens the word pimp fifty times? That one raises so many questionsfrom speculating the (under) age of the author to what drugs made anyone think this was so insanely funny. And carving? Well let’s not get me started Wolfpack 2014.

I’ve stayed at more than three dozen shelters over the last 1600 miles, and seven since I returned in May this year to finish the trail. Shelters become a nightly community social hub after a long-day of hiking despite the lack of privacy, despite the snoring and despite the less than stellar accommodations.

Every night, in one of more than 250 locations strung out over 2,100 miles, on slanted boards and with dirt floors, from shelter journals whose pages are swollen by moisture and confessions to dusty gossamer web-filled skylights, a group of strangers can be found. United in purpose, brought together by chance. We lay side-by-side attempting sleep, building strength and creating community. 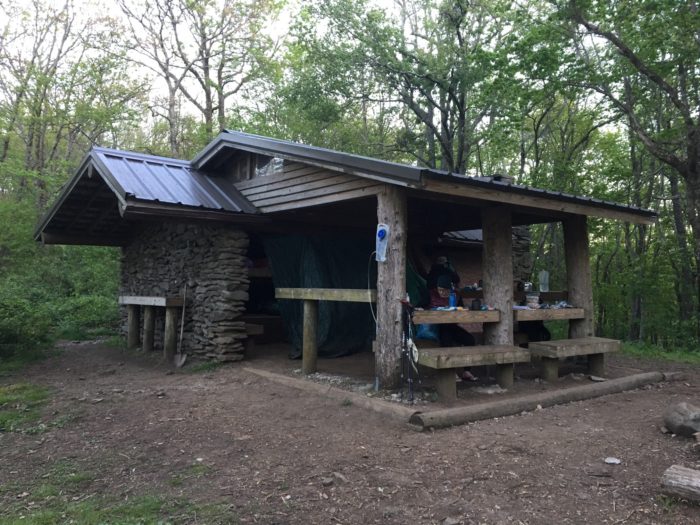 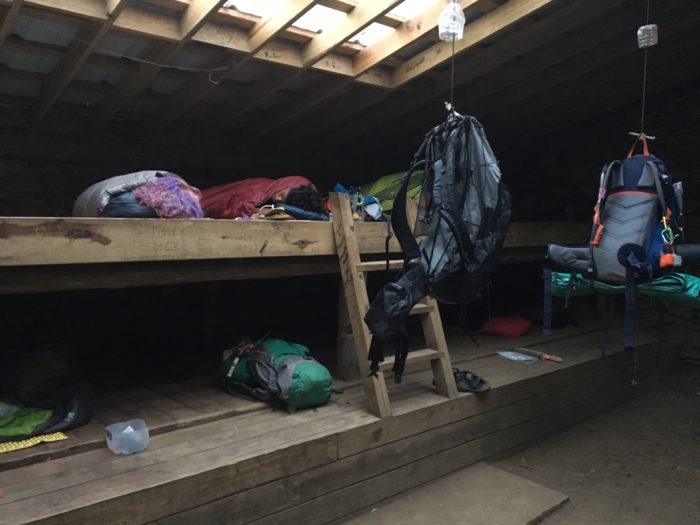 Community living. Or in this case, sleeping. 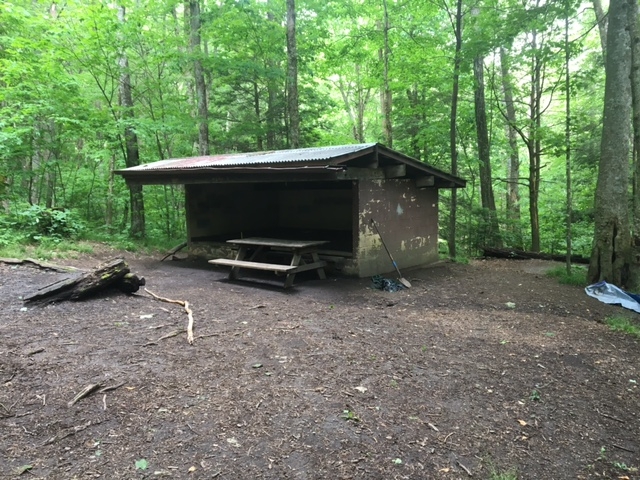 A shelter in Tennessee, easily identified by the “privy” shovel.