Being Open to Change During and After A Thru-Hike

Three years after finishing our AT thru-hike and having just published our hiking memoir (excerpts in italics below), weve taken a moment to reflect on how the trail has changed our lives and what we learned along the way.

At 22, Robert (Roadside) set out to find his own sense of spirituality and identity while thru-hiking the Appalachian Trail. At 30, Stephanie (Banana Boat) was tired of the dissatisfaction of the traditional successful life path post academia. 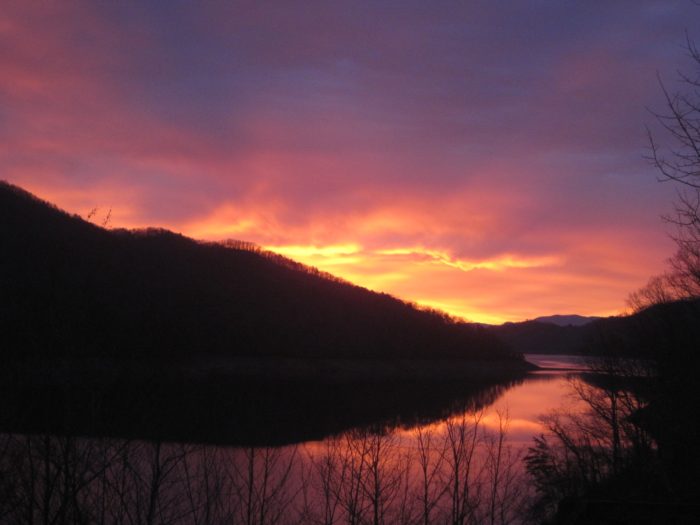 We both set out for a solo journey, and romance was the very last thing either of us was looking for. We quickly realized that the trail is a very social place. Youre never alone for long, at least during thru-hiker season. (Roadside started March 1, 2015; Banana Boat started March 3, 2015.) To our surprise, the company of others was much more rewarding than solitude. We made a group of lifelong friends that we hiked with for 1,000 miles. Be open to change. You never know what you might find.

We were resistant to taking chances, even with each other. Sparks didn’t fly out of our packs or something when we first saw each other, but there was something there. Even after hiking 750 miles together, that something was still buried deep, and took an embarrassing amount of alcohol to even be mentioned. Go easy on yourself. If you are magnetized toward something (or someone), its better to cast aside preconceived notions and evolve.

Learning lessons after the teacher has left the room is hard. Aside from literally carrying a jar of dirt from the trail around with you everywhere you go, the only way to reinforce those teachings is continual reflection. These are the lessons that most reflect our time on the trail.

The trail is the ultimate equalizer 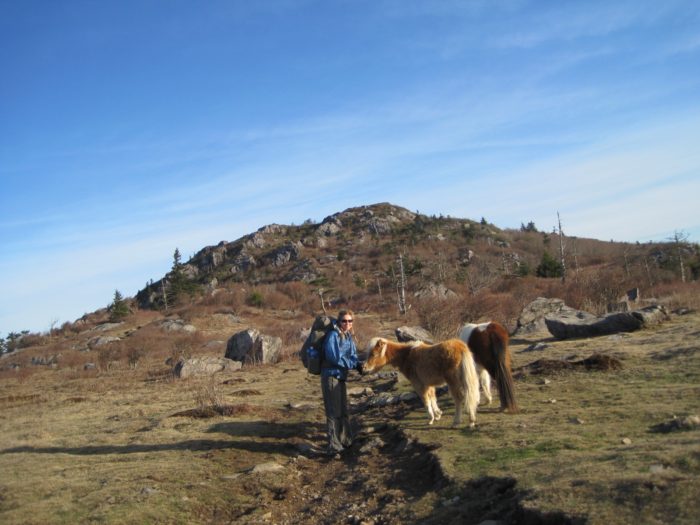 We probably wouldnt have paid attention to each other had we met off the trail. On the trail, however, man-made judgment that normally segregates peoplesuch as from social status, wealth, jobs, backgrounddoesnt have much relevance. Everyone is hiking with a similar common goal and common compassion. People are just people when everything they have fits into nothing but a pack. 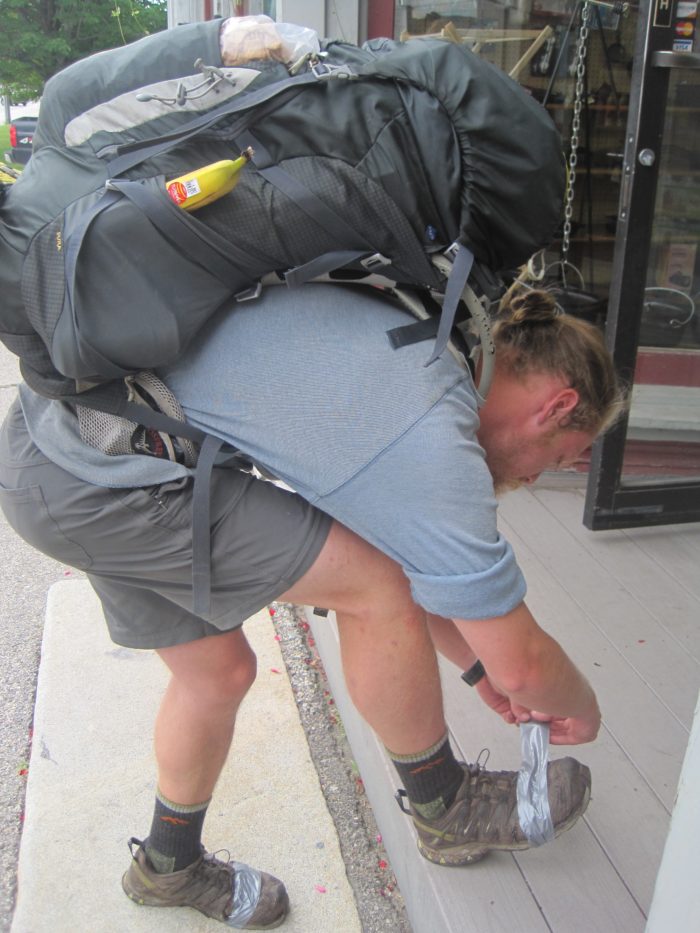 Roadside being a true materialist in New Hampshire.

There is nothing like time away from real life to make you reconsider your priorities. Success is failure if your heart didn’t beat while you were busy succeeding. Focus on the present moment instead of the things you dont have or the future youre eternally working for.

It took Roadside 3.5 months and a side trip into NYC to find what he truly wanted:

The trail remained unchanged but for the dynamism of the natural world. The days, weeks, and months of a life of constant free-roaming choice (and room to make those choices) had become its own unbiased mirror. I had found what was truly important to me: freedom. Freedom of a healthy and independent mind that thinks the thoughts of its own choosing. Freedom of a toughened but tender heart that recognizes its feelings and lets emotion course through it without the blockage of masculine or feminine stigma. Freedom of a strong, healthy, and limber body. And freedom of an unclouded spirit and soul, unchained by the dogma of whatever came before. And in all those things begets the freedom of progression, to becoming more, to evolving.

It may take you that long, too. But thats what the trail is there for.

Reality is perhaps the most malleable thing in existence. The irony of that is laughable. Even on Saturn, water behaves like a metal. This speaks volumes to the sort of life someone can lead. The realm of what is possible is far beyond the scope of thought.

After hiking the trail, the hardest thing to cope with was not only the pattern of existence, but also the shapes of reality that humans willingly imprison themselves within. On the trail, there are no blinders. You live in a 360-degree orb of senses, all of them fully engaged. You come home afterward only to live in a literal box, work in a literal box, and drive a literal box. It’s no wonder that people’s thoughts and feelings become boxed in as well. 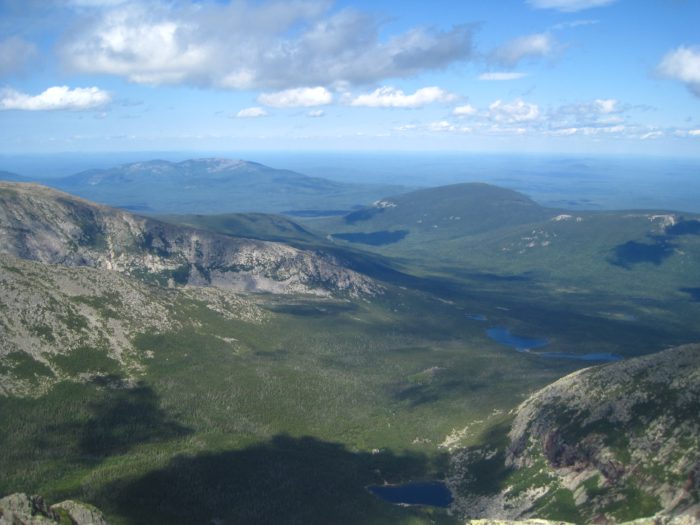 Looking out over the world from Katahdin.

No one plans to finish the trail at 85 pounds when they should be 115. No one plans to look at a cube of cheese the size of your thumb and think this is my breakfast, lunch, and dinner because they ran out of money 500 miles ago. No one plans to wake up in the middle of the night and punch a raccoon in the face because it’s ripping a hole in your Tarptent to get at the Subway footlong next to your head. No one plans to get attacked by a turkey during a 40-mile day. But these things happenat least they did to us. Some folks will have a tamer hike than others, of course, but that’s not the point.

After summiting Katahdin, Banana Boat realized that the little things you’re surrounded by every day have the greatest impact.

Roadside and I retraced our steps down the final mountain. There were no more milestones, no more trail miles. Only the five miles back to Baxter Stream Campground.

Unable to speak or take another step, we simultaneously sank down on a rock next to the trail and clasped each others hands desperately. We locked eyes in silent understanding; we couldnt bear to take a single step more for fear of missing the tiniest detail around us.

I dont think I can do this, panicked Roadside softly, go down there and face the world. This was the one thing I always wanted to do with my life, as though it was my destiny. There is no next thing.

I dont know if I can face the world either. I paused. Maybe the significance of this is that it will open the way for the next great thing, even if we dont see what it is yet.

But where to next? North to Canada? Jump off the edge? Another trail? Turn back and walk south?

I was at a loss, too sick to think past going home and gaining weight and strength. Perhaps someday.

Im going to visit you, said Roadside. And call. Were going to need each other. Nobody except our trail family is going to understand us.

And were not going to understand society. Anyway, youll have to get a phone if you want to call me.

Im going to go home and shut myself in my room for a week. My parents wanted to have this big coming home party, but I cant handle seeing a room full of people.

Im going to go home and not leave the farm for a while, maybe a few weeks. Just sit outside on the porch.

Maybe there isnt anything out there for people like us.

Meeting you changed my hike, I admitted after a while. It was the last thing I was looking for, but it had the greatest impact.

What if that snowstorm had never happened, or my friend couldnt make it to the highway to pick me up? Or if I had left three days earlier, like I wanted to? What if I had never gone to school, or done what I thought was right, and never felt the need to hike the trail? What if we had met and decided to hike separately?

Theres no point in regretting past decisions, or dwelling on how the other way could have been.

You can only do so much with the circumstance youre given. And you cant always know at the time which decisions will be inconsequential and which ones will change your life.

The next day we would part ways and return home. We squeezed each others hands more tightly and looked around. What will it be like not to see these birches every day?

Im going to miss all the little red squirrels.

The sky above us. Feeling the weather.

Sleeping under the trees, rain or stars.

We began to cry, and embraced each other wordlessly. Dark shadows began to grow under the branches as dusk set in. We had run out of time.

It is so easy to think of things youd like to do, but never actually find the time to do them. Life is short.

When something is calling you, go answer it. What youve been through, how youve changed, and where you are afterward is exactly where youre meant to be. Dont stand there looking at the other road for too long. And when you do choose which road to walk, dont take it for granted. 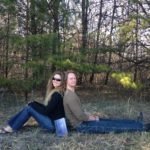 Since meeting on the Appalachian Trail in 2015 and finishing their thru-hike together, Robert and Stephanie hiked the Laugavegur Trail in Iceland and spend their weekends kayaking and exploring caves in Indiana and Kentucky. You can read more about their escapades in their book “Two Wolves in a Wood.” They are pictured here in 2018

Do you have a story to tell or advice you'd like to share with on this site? Submit your story here.