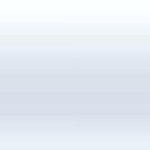 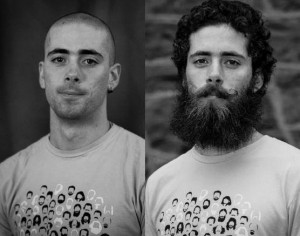 Before and after: Zachary Zukas

Why did you decide to hike?

My family went on a decent amount of day hikes and camping trips when my siblings and I were younger, so we all became nature lovers at an early age. My sisters decided they were going to try to thru-hike the Appalachian Trail along with two friends after graduating from their respective colleges. As they prepared for the trip, I began reading a little about the trail. I grew more and more envious of them and the adventure I was missing out on as they sent updates. I briefly considered attempting a south-bound solo hike during July or August, as it was too late for me to north-bound it. Still, I had never actually backpacked before. Not even for a few days. I didn’t know if I was making a rash decision, or if I was truly ready for the challenge. I ended up staying home, telling myself it wouldn’t be smart of me to jump into something unknown. I put the idea on the back burner where I thought it might end up staying, until my brother approached me the following year. He was sick of his job, bored with the monotony of life and needed a change. I was itching to do something new and exciting as well. Having AT-experienced sisters comforted the nervous part of me. I spoke to my employers and they told me I could have my job back when I finished. We decided then that we would go for it.

What was the most challenging part of the journey?

For me it was the first few weeks of the trail. After the first couple days, I was feeling mentally better about the whole concept of walking through the woods for months on end. Physically, my body disagreed. Before our departure date, I wanted to do a weekend hike for a little practice and to test out the new gear. Really, I did. We were lazy though and never got around to it, so I started the hike with no training at all. One piece of gear I chose to hold off on purchasing was trekking poles. Many people are under the impression that they’re for the elderly. I knew this wasn’t true, but I walk around with a (significantly lighter) pack almost every normal day and consider myself to be relatively healthy, so I passed on buying a pair. My knees after day three were killing me. I immediately bought a pair at Neel Gap in hope of relieving some of the stress I was putting on them. They helped, but nowhere near solved the problem. A couple days later I injured my Achilles tendon. The uphills were tolerable, but downhills were agonizing. This period of time was the only point I remember on the trail that I was worried I’d have to quit. Hobbling over 2,000 miles, gritting my teeth the whole way was not my idea of a good time. Day 17, our first day in the Great Smoky Mountains, was the first day the pain subsided. After that, I had no major issues.

What was the most memorable part of the journey?

The day after my knee pain went away, we woke up to rain. Many who spent the night at Mollies Ridge Shelter with us the night before waited to leave, hoping the rain would pass. We moved on. By the time we got to Russell Field Shelter just a few miles away, the rain had turned to snow and ice. We trudged on through the storm a total of 12 miles to Derrick Knob Shelter where we met some more hikers and a ridgerunner. He informed us there was a reservation for a party of eight that hadn’t shown up yet. The rule was that the latest thru-hikers arriving, if exceeding the shelter’s capacity, were expected to move on to the next or set up camp in the snow. This was not what we wanted to hear, but we understood that thru-hikers are expected to be prepared for such a scenario. We decided to stick around in case the reservation party didn’t show up, and assumed most of the bubble of hikers we left behind would take a zero. Guess what. They all showed up, and then some. Every time a new person showed up, any positivity in their expression disappeared at the sight of a full house. We kept finding one more nook or cranny to give away, wondering if we’d reached our limit. Luckily, everyone there seemed to be okay with the plan to cram everyone in, and the ridgerunner let it go. In addition to doubling the designated sleeping space limit, hikers slept on the benches and the ground inside the tarped-off shelter. In the end, we had 28 people sleeping in a 12-person shelter.

How did you feel after the hike was over?

It’s nice to know that you don’t need to walk all day long when you wake up. Finishing the trail was satisfying to me for that reason. When it was all over, I acknowledged what an accomplishment it was, but I didn’t feel a whole lot different. I remember thinking “…so I guess I can do that now.” Of course I was happy. I was really happy. But it was a strange kind of happy for me. I didn’t jump right back into normal life right away either, so it wasn’t the jarring sense of change I was expecting. I had a fair and a wedding and a convention before coming back to work and really settling into life again. It was a slow integration process. Now that I have the time to think about it, I miss it a lot. I want to be forced out and onto my feet now that it isn’t mandatory anymore. I’m worrying now about responsibilities, however minor they may be, piling up over my head. I didn’t have a strict schedule to follow on the trail. All I had to worry about out there were miles and even that was secondary to enjoying life.

What did you gain from the experience?

Self-confidence and self-awareness. It was a completely new challenge to me. I had no idea whether I could handle it or not, but now I know.

Friends. There is an unusual type friendship that comes out of hiking for days or weeks or months on end with complete strangers. You share many of the same feelings trying to accomplish the same task. You all deal with the same day-to-day problems. Some people you meet on the trail you’ll never meet again, and some you won’t stop running into. You never know, when you split up, which one of those it will be. Even though I know so little about most of the people I hiked with, I still feel strongly about them.

Hitch-hiking is not as scary as it seems.

What are your goals for the future?

I have no absolutes in mind, but I’d definitely like to do something as eye-opening or psychologically cleansing as the AT. I know many thru-hikers follow up the AT with the PCT, and then maybe the CDT to Triple Crown it. Another friend of mine hopes to do the Great Divide Mountain Bike Route in 2016, which also peaks my interest. We met many international hikers on the AT, especially German hikers. Maybe I’ll look into some trails in other countries. There are so many options, it may take a little time to figure out which is the right next step.

Ariel previously served as the associate managing editor and writer for an outdoor sports publication before making a switch to marketing. She still enjoys writing about the outdoors, as well as playing in it. And no, she hasn't yet hiked the AT, but it's on her bucket list. You can find more of her work at arielblack.wordpress.com and on Twitter, @ArielCBlack.