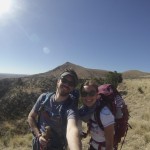 A Farewell to the Finish? Solutions for Saving Katahdin

If you love the Appalachian Trail, then you have surely heard of Scott Jurek. And unless you have been living under a champagne-soaked rock, you have also heard about his controversial celebration atop Mount Katahdin.

Photos were snapped, champagne was spilled, and three citations were written. Formally, the tickets issued were for consuming alcohol within the park, hiking with a group larger than 12 people, and littering, which occurred when champagne sprayed into the air and landed on the ground.

The decision to ticket Jurek was, in my opinion, a clumsy attempt at example-making that, rash as it may have been, highlights a burning question that has been simmering on Jet-Boil backburners along the Trail for years: Are we hikers loving Mount Katahdin to death? 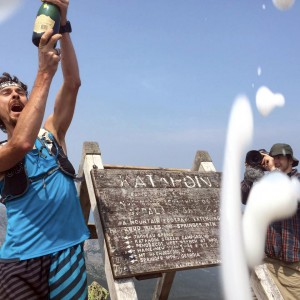 The debate surrounding Jurek has been fierce and ongoing, pitting Baxter State Park administrators against Appalachian Trail hikers. Some see BSP as an antiquated curmudgeon taking a you kids get off my lawn! approach to a new breed of hiker. Others see Jurek as a walking, talking billboard, personifying a worrying new trend that values commercialism, excess, and self-promotion over wilderness and solitude.

Every month since July, a task force of AT nonprofits, volunteer groups, park officials, and scientists has convened to try to address the park and hikers concerns in order to avoid a very sad, but very real possibility – rerouting the end of the AT out of Baxter.

Hardline remedies available to either side of the debate are weak. BSP Director Jensen Bissell has proposed a registration or permitting system as a means of limiting numbers and managing hikers. Such a system would require a coordinating agency and an effective means of enforcement, which would be a logistical nightmare.

On the other hand, if BSP were to simply close its doors and force the AT to be rerouted, any outrage from hikers would likely fall on deaf ears. Although much of the AT is designated as a National Scenic Trail, within the boundaries of BSP the AT has no federal designation and BSP holds ultimate authority. BSP is state land, to be done with as the State of Maine sees fit.

With park officials and various AT groups now working to address these concerns, they must work towards the only acceptable solution: keeping BSP and the Trail as partners and Katahdin as the Trails celebratory finish. 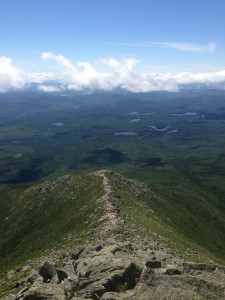 A few suggestions to BSP and hikers:

When I reached the summit on a brilliantly clear Saturday in 2013, the peak looked less like a mountain and more like a shopping mall. Hundreds (not hyperbole) of blue-jean clad, selfie-stick carrying day hikers were sprawled about. Many were napping on the rocks. 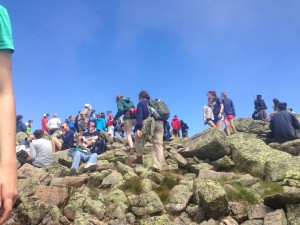 I witnessed one individual drag a cooler of Subway sandwiches across Katahdins delicate alpine terrain. He and his hoard devoured their meatball subs then shoved the wrappers between the rocks. A small group of AT thru hikers sat nearby, too tired and appreciative to cause any trouble. I understand that AT hikers are an outspoken and easily discernible group to target. And we can be needy and entitled. From personal experience, however, I have found AT hikers to be far more respectful and reverent of Katahdin than your typical, uninformed and unprepared weekender. In response to recent tensions, the park has stepped up educational campaigns aimed at AT hikers. To truly be effective, the other 97 percent of BSP guests must be included in any educational efforts.

To my Fellow Hikers

Public consumption of alcohol or drugs is prohibited within the park Easy enough! If you want to celebrate your hike with an adult beverage just use common sense and be discrete: pour your beer into a Nalgene or pop that bottle of André in the parking lot. If a joint is more your style, remember that although Maine has passed some marijuana-friendly legislation you are still subject to federal law in BSP and can technically be cited for possession. Plus, getting high in front of kids and families at the summit is not exactly the coolest. If you absolutely must get high once again, be discrete and respectful.

Also, for the sake of your fellow park-goers and BSPs resident wildlife, please do your best to abide by campground quiet hours. You dont have to tiptoe and whisper but once again just be cool. If you want to listen to Skrillex until 2 am go to Bonnaroo not Baxter. Oh and dont forge service dog permits. Just dont.

Deeply rooted in the cultural identity of Maine, Mount Katahdin is sacred to the Wabanaki people, particularly the Penobscot Nation and it is home to several of their deities.

Katahdin has also inspired generations of writers and artists. In 1846 Henry David Thoreau climbed Katahdin and recalled his existential experience in a well-known chapter of The Maine Woods. A few years later, Theodore Winthrop wrote about his visit to Katahdin in Life in the Open Air. Painters, Frederic Edwin Church and Marsden Hartley, created stunning landscape portraits of Katahdin, one of which sold for $3.1 million in 2011. Edwin Bernbaum placed Katahdin in lofty company alongside Sinai, Olympus, and Everest in his book Sacred Mountains of the World. 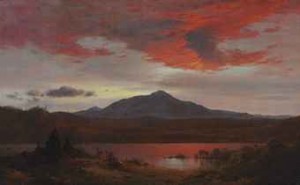 BSP protects over 327 square miles of relatively unspoiled wilderness. Charismatic species like moose, loon, and black bear are common. The park is home to more rare species of flora than anywhere else in the State of Maine and is also home to a critically endangered species, the Katahdin Arctic Butterfly. Found nowhere else on the globe, the Katahdin Arctic Butterfly was the first invertebrate federally listed under the Endangered Species Act.

BSP itself is unique in its mission. Given to the people of Maine by former Governor Perceval Baxter, with a stated mandate that the park remain forever wild, BSP articulated a conservation goal that was truly ahead of its time. Despite its name, BSP is not part of the Maine state park system and accordingly its mission differs from anywhere else along the Trial. BSPs mission explicitly places resource protection and conservation ahead of recreation, setting it apart from most other state or national parks. This notion is incredibly rare in the modern world and it takes time and education to fully appreciate this management strategy. Thru-hikers arriving in Baxter must understand that they are arriving in a place that is fundamentally different from the rest of the Trail, and act accordingly. 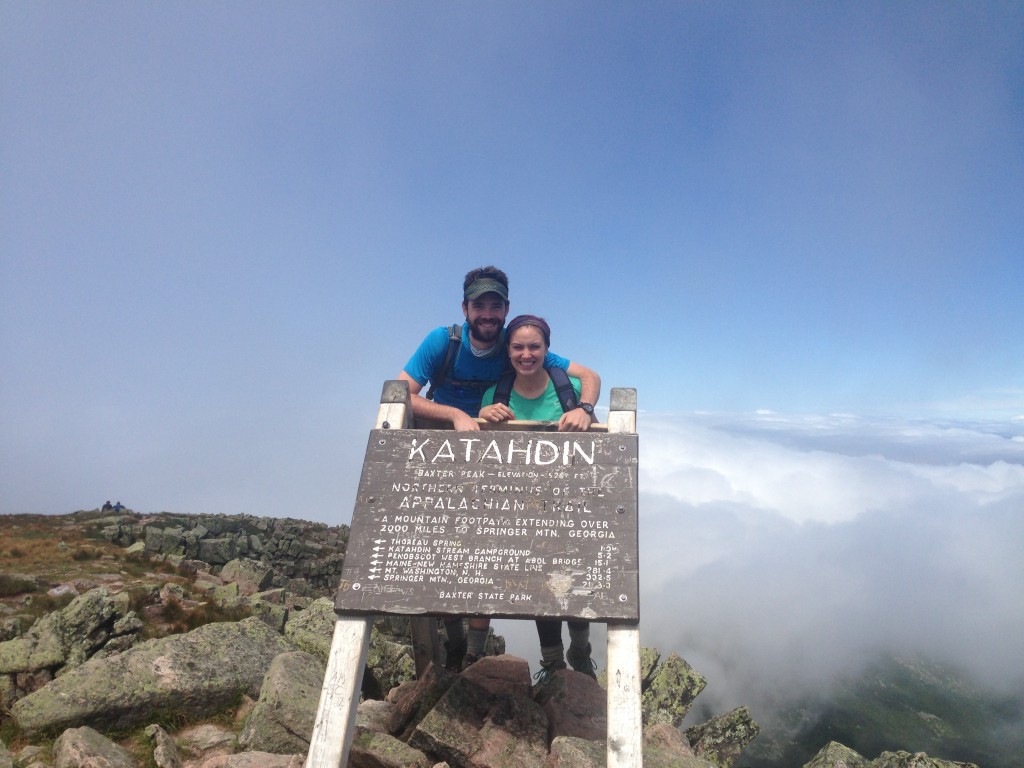 Hi, I'm Spencer, but my trail friends call me Sass! I had the privilege to call the AT my home for 2 months in 2013 and have been trying to find my way back there ever since. I'm equal parts environmental attorney, mountain enthusiast, and gear nut, and I'll be mashing all three perspectives into articles for you guys to enjoy. Happy Trails :) (All views my own... etc.)