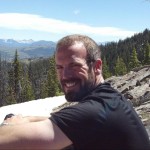 Seven hundred miles into my 2011 Appalachian Trail thru-hike, I met Scavenger. From Germany, Scavenger exuded the look of the classic European mountaineer with a wide-brimmed brown felt hat, heavy leather hiking boots and a backpack that towered over his head. He had earned his trail name due to his indiscriminating penchant for adding to his back whatever he found along the trail, in shelters or in town. By the time I met him outside Catawba, Virginia, his pack had grown to 70 pounds, weighed down by frivolous items like a small hatchet and a mirror he claimed to have never used. But it weighs nothing! he said in defense of the comb that had yet to stroke a single hair follicle.

Despite Scavengers claim to the contrary, nothing weighs nothing. Its the classic justification for throwing in one additional piece of gear, yet after adding 4 or 5 things that weigh nothing any backpacker could easily find him or herself trucking an extra pound or two or more, taking up valuable space in the process. In Scavengers case, it had probably added 20-30 pounds.

Whether going out for a weekend or embarking on a six month thru-hike, packing your pack with all the right gear can often be the difference between a great time and finding yourself overburdened with a bulky, cumbersome pack or even without some necessary piece of gear. While many experienced hikers have written at length about going light or conversely about the benefits of indulging your favorite creature comforts, no matter your preference, being intentional and honest with yourself about the items you bring, is absolutely necessary.

Many of my weekend trips are solo ventures with just my dog and me. That means I typically cook and eat out of the same pot. Even though gear companies have found ways to cut bowls down to almost nothing, they still do weigh something. This is probably obvious for many backpackers, but the same logic isnt always carried through once more people are added to the roster. The simple way to think about it  bring one less bowl than there are people, that way one person can always eat out of the pot. One bowl might not seem like much on its own, but combined with everything else, it can add up.

When it comes time to do the dishes, a discerning backpacker has more opportunities to save weight. Perhaps its because I never like doing dishes, but long ago, I left the sponge and soap behind and opted instead for the scrubbing power of a needled branch and some elbow grease. While the more hygienically inclined might already be turning up their lip, the more resourceful crowd could already see where Im going with this. 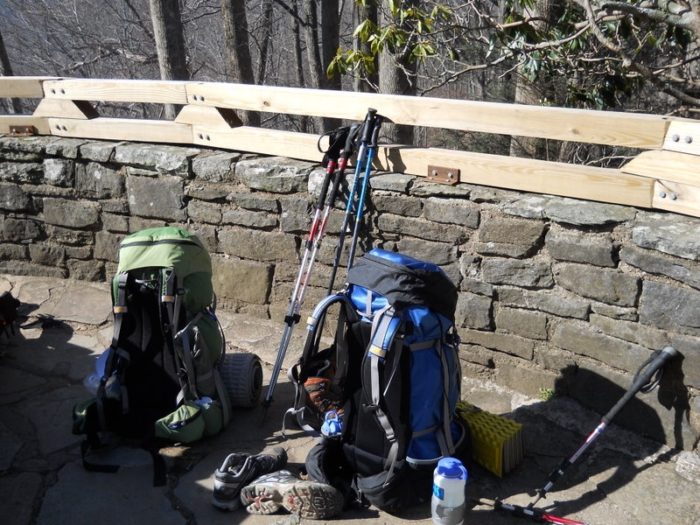 It might take a bit of searching, but it has rarely taken me long to find a recently felled fir or spruce tree that has a spare branch to be used for dish scrubbing. The small needles have the same abrasive qualities as most sponges and will usually loosen any stuck-on food. It might even lend some good evergreen odor to help round-out the experience. For weekenders, going a few days without a good cleaning is usually fine, but thru-hikers will probably need to do some occasional washes in town.

For many beginning backpackers, deodorant seems like an obvious item to bring along  after all, youre probably going to smell, and hey, it weighs nothing, right? Wrong again, and unless youre bringing industrial strength deodorant, chances are it will do little to cover-up the kind of smells any good backpacking trip typically produce.

Toilet paper provides another opportunity to cut some weight. For you hardcore foragers out there, the best solution is to ditch it altogether and opt, instead, for mullein or lambs ear or whatever soft, local forb you can find. If youre confident, you might not have to start your search until nature calls, but even if you decide to play it safe, just a few leaves at a time will do the trick.

For the less adventurous who still prefer the store-bought option, its easy to cut down on the amount of toilet paper you bring. Frequently, I see backpackers with full rolls testing the gripping power of its Ziploc bag. Especially for long-distance hikers, its a lot easier to grab a full roll and not have to worry about restocking again for a few hundred miles. For weekenders who, lets be honest, dont need that much, measuring out a couple days worth while allowing for a bit of insurance will significantly cut down on bulk, and even save a few ounces.

Alright, I can already feel those lips starting to curl-up again in disgust, but you can probably leave that second t-shirt at home. On my AT thru-hike, I started with two t-shirts, but not long into my trip, I was hiking out of town recently showered with a fresh t-shirt. As soon as the trail started to climb, the sweat began to pour and all of the sudden my nostrils were assaulted with a smell as strong as the one with which I had entered town the previous day. Any sense of cleanliness evaporated instantly and I was forced to reckon with the futility of my attempt to feel clean. As soon as I could, I mailed home my second t-shirt and never looked back. Light-weight wool shirts may not weigh much, but their benefit is minimal, especially once you start sweating again. 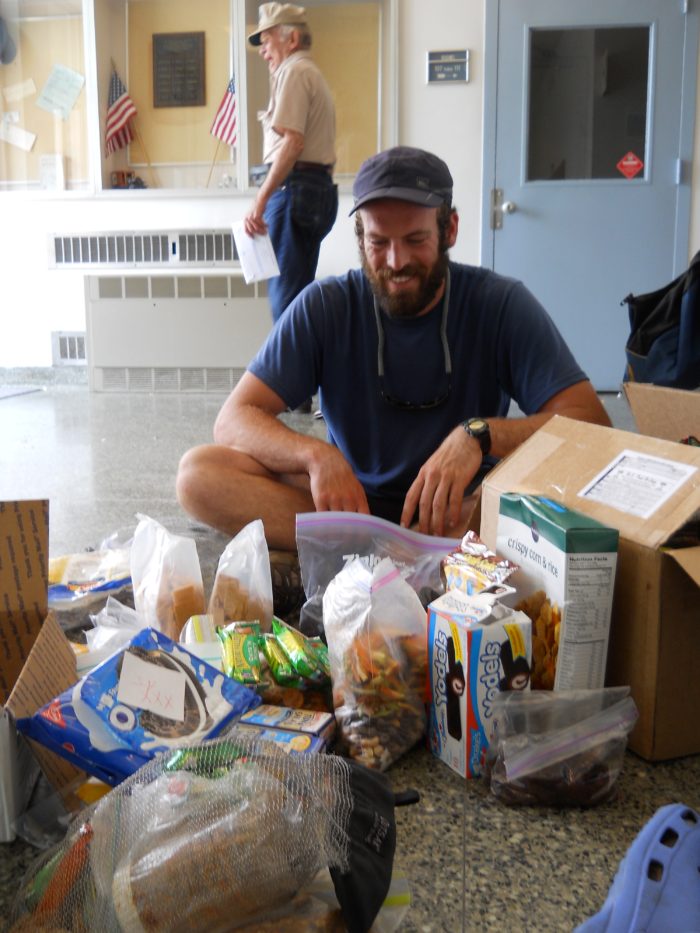 Looks like some food packaging could be pared down

Generally, the standing rule for most hikers is you shouldnt have more than one of any item that serves an identical purpose except for socks. We all want to look good on the trail, but if the options are between style and weight, Im going for the lighter option every time.

How much could a blow-up pillow possibly weigh, you ask? I dont know, but it sure isnt nothing. Pillows are definitely a necessary item for many backpackers, but can easily be duplicated with some extra clothes stuffed into the sack housing your sleeping pad. Wrap a jacket and bam!, youre ready for a good nights sleep.

Of course, just because something doesnt weigh nothing doesnt mean you shouldnt bring it. But it does mean you might consider the weight-benefit trade-off. For many people, a blow-up pillow might make the cut, but that could also mean another piece of gear gets cut as a trade-off.

Speaking of stuff sacks, they should probably go, too. While a bag is often necessary for hanging food overnight, other common sacks and bags often prove less useful  the most common being a sleeping-bag compression or stuff sack. When packed in a compression sack, sleeping bags become hard and inflexible, which can create empty pockets in your pack and decrease how much you can condense your gear. But if you ditch the stuff stack, your sleeping bag will conform to the shape of your pack, and with enough weight on top of it, will gladly condense just as it had in the compression sack.

Headlamps are now standard gear necessary for both safety and convenience. However, lanterns might be slightly harder to defend. You might have to sacrifice that warm, campy feeling that comes with everyone crowded around a cozy lantern, and it will probably be more difficult to take an Instagram-worthy night photo, but your back and shoulders will thank you for it.

There are of course other itemsutensil(s), food packaging, towels, etcwith a weight-to-benefit ratio that deserves some scrutiny, but heres what Ive cut out:

By the time I had met Scavenger, along with his comb, hatchet and mirror, he had hiked over 700 miles and showed no signs of slowing down. Clearly, it is possible to have a successful thru-hike (or weekend outing) while still carrying a heavy pack. But for every Scavenger on the trail, there are other hikers with names like U-haul or 3 bags whose trips come to a much quicker end. For me, going light is less about being able to push big miles and more about enjoying myself, whether for a weekend or a month. Knowing whats in my pack and how much it weighs and how likely it is to be used is a big part of that.

My name is Michael but since my 2011 Appalachian thru-hike, some people still call me Stretch. I grew-up in the East, but have since lived up and down the Rocky Mountains, including in Yellowstone National Park. I currently live where the Rockies begin in Santa Fe, New Mexico and can't wait for my next big trip. I've also completed hikes on the John Muir Trail (2009) and Annapurna Circuit (2014).