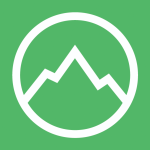 Reader’s Voice: When Did You Stop Listening to Your Excuses?

The following is a Sponsored Post brought to you by REI, proud supporters of those who opt to pursue their outdoor dreams. Head over to REI.com to learn more.

It’s easy to come up with excusesthere’s always something standing in the way of your dreams, right? We wanted to know what happens when people stop listening to these excuses, so we asked our readers to share stories of when they chased their adventures despite all the reasons not to. There were many compelling stories, and it was tough to choose just four.

Have you shed excuses? Stopped listening to your “buts”? Let us know in the comments! We’d love to hear from you.

This Calls for a Dog 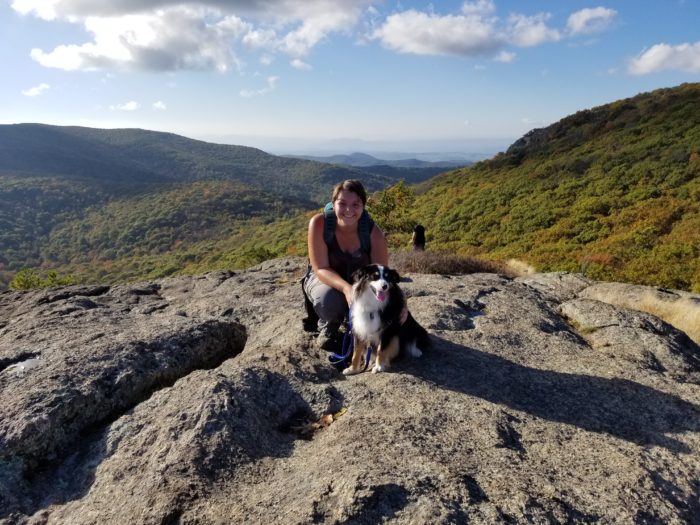 Im currently in the process of planning an adventure-filled solo vacation to Europe. Between researching travel logistics, budgeting, and picking my must do destinations, I try to spend my free weekends hiking and backpacking. Only two years ago, I was working a monotonous and draining customer service job and spending my spare time binge-watching TV, only getting off the couch to make a pizza run.

The excuses for my sedentary lifestyle were endless. Adventuring alone was not only intimidating, but seemed boring to someone like myself, who rarely did anything solo. My dead-end job certainly didnt offer me an abundance of money to spend on any hobbies. My biggest excuse for indulging in my couch-potato habits was that participating in any physical activity simply wasnt enjoyable for someone as out of shape as myself. Any elevation gain, even minor hills at my local park, left me out of breath and dripping sweat. It was hard to take in the beauty of my surroundings when all that was on my mind was how Id rather be at home, curled up in bed with a bowl of my favorite ice cream. Adventuring was difficult, and that difficulty was discouraging and depressing for me.

About a year prior to this, I had adopted a dog. A very high-energy, glued to my hip, overly-anxious miniature Australian shepherd. I had little idea how challenging owning a dog like Flash would be, and was less than prepared. Our first year together was stressful for both of us, Id come home daily to a mess hed created in his boredom. In the midst of battling constant depression, I didnt even realize that his destructive behavior was the result of an intelligent, working-breed dog with no job. When this fact finally hit me like a brick wall, I started making changes.

Flash and I took up hiking after I quit my retail job and started working as a dog walker. The days of laying on the couch for hours were over, and so began our life of adventuring together. Hes my constant motivation to get outside and take on that next intimidating summit because he simply doesnt understand relaxing weekends at this point. I cant imagine where Id be in life if I hadnt found Flash, but I doubt Id be spending my free time backpacking and planning international travel right now. Hiking has given me more confidence and empowerment than Ive ever felt. I no longer battle depression or have to search for the motivation to leave my bed. Most importantly, I dont really see limitations to what I can and cant do anymore. Although the reasons I stopped listening to my excuses werent initially for myself, Ive gained so much from leaving them in the dust and cant wait to see what adventures life has in store for Flash and me. 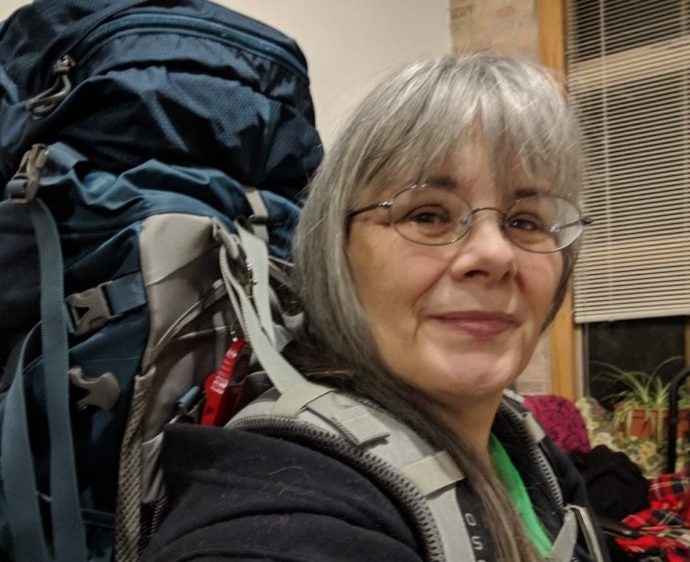 Excuses? I have them by the basketful. From childhood through adulthood, I’ve heard them from others as well as come up with them for one thing or another. “You can’t because” seemed to be a never-ending refrain whenever I wanted to try something that seemed too new or too unusual for my average Midwestern family. So I tucked away my dreams of being a Hollywood writer/actress, or running away and living on my own like the boy in My Side of the Mountain… though I still look for huge hollow trees when I’m traveling through the countryside.

The capper was about 20 years ago, when I mentioned to my then-husband that I was interested in trying backpacking, as I have always enjoyed camping and being outdoors. I thought it would be a good way for me to work off some of my post-baby weight and have a break from the kids every now and then. Maybe it could even become a family thing. His response just stopped me in my tracks. “How could you backpack? You’re just too old and fat.” Sad to say, I foolishly listened to him.

So, here we are 20 years later. I’m single again, still fat, and even older.

I think it was the getting older part that really lit the fuse. My mom died at the young age of 67, and I decided that if these were to be my last eight years on earth, I don’t want to spend them regretting never testing myself, and at least fighting through the excuses and fulfill a dream or two.

So, I may be too fat and too old… but I’m going backpacking!

Buddy Bailed? The Trail’s Still There 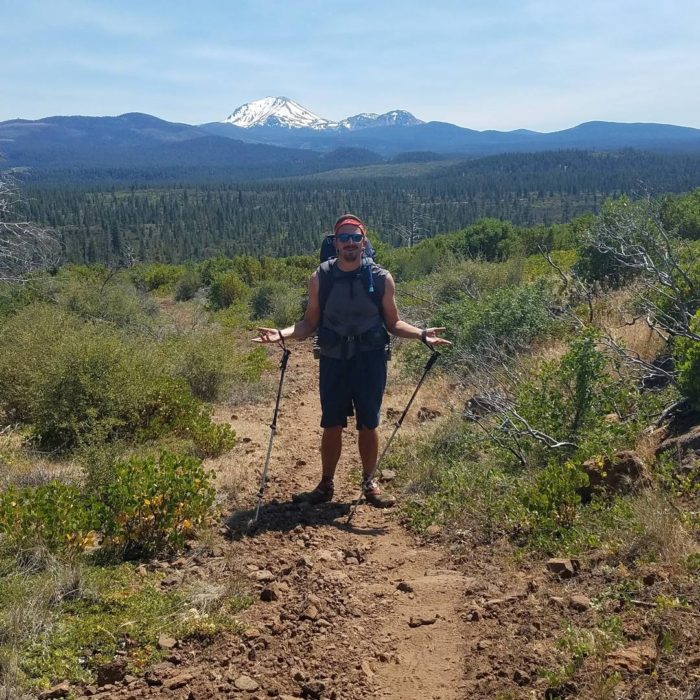 I have always been good at following the rules and not rocking the boat.  These qualities have served me well throughout life as I followed the course expected of meI did well in high school, and was accepted into main campus at Ohio State. I cruised along. And that was the problem.

I felt no strong burning passions during a lot of my time in undergrad. I had a habit of telling myself that good things come to those who wait, and I hoped that cool people would just pick up on the fact that I could be a pleasant guy to be around. That really didnt happen.

I hoped in vain that an interesting life would fall into my lap.

I had done a four-day visit to the Canadian Rockies in British Columbia when I was 17, and that left an indelible imprint on me. But it hadnt been my idea, it was someone elses. I had some backpacking trips under my belt, but they had been led by others. As I hit graduate school, I started to see my entire life already mapped out ahead of me, and it had a distinct lack of adventure. I could suddenly see myself slipping into being a career guy who follows the path of least resistance. It was time for me to stop waiting for an epic life to come to me and start to create my own.

In 2017, I became hooked on the idea of trying the entire PCT. When that wasnt feasible I bumped it down to a 600-mile section, planning to hike with a buddy from high school. We both liked the idea of breaking out of our predictable lives and doing something truly different. We went into planning overdrive, and for a few months we were both psyched. But then it got realthe permits were approved and the dates began to get closer. The friend who was supposed to come withdrew more and more, and then completely backed out. He had liked the idea of the trip a hell of a lot more than the realities of making it happen.

It was supposed to be both of us conquering the California backcountry, but now I was staring down the idea of doing it alone.

I could have backed out and nobody would have blamed me. But I had drank the Kool-Aid and was ready to get myself into an adventure that I could look back on with pride. I went and backpacked a couple hundred miles on the PCT, eventually running into a crew of thru-hikers that adopted me and showed me the ropes. As I sit here and write this, I am back in Ohio but have been planning even bigger trips for this coming summer. I am officially hooked and wouldnt trade it for the world.  Thank goodness I stopped waiting for life to come to me, and went out and got some.

Leaving the Past Behind 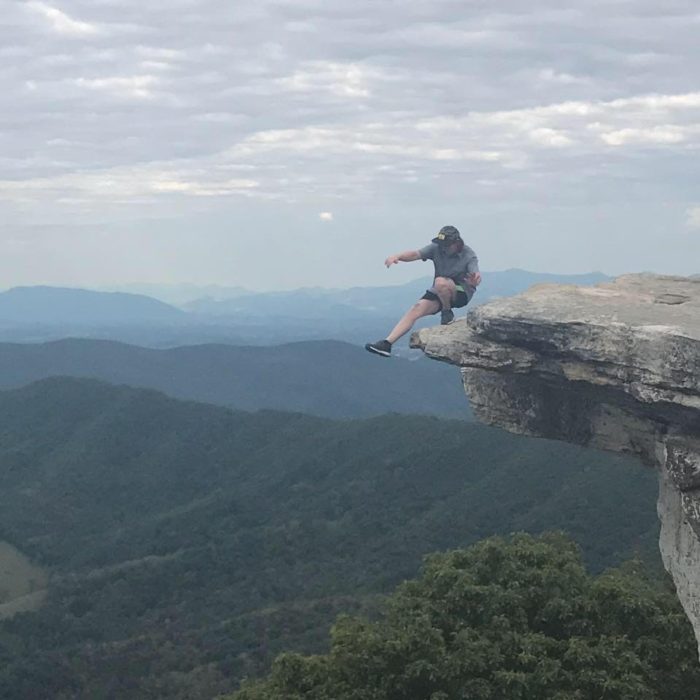 As someone who grew up in an abusive home riddled with violence, alcoholism, drug abuse, and poverty, I never really knew how to put myself first. I put everyone in my life who showed me the slightest bit of affection before myself. Though I never thought directly about being worthless or unworthy of my own happiness, my actions showed it. From significant others to friends who would have me bend over backwards for them yet would never return texts until they needed something.

My father was abusivea drug addict and rarely supportive. My mother was also a drug addict, abused and trying her best. I lost them both when I was 22, they passed within four months of each other from drug-related health issues. Im sure this is the root of my mental health.

I always told myself there were three things I need to do before I was 30, or Id just kill myself. Those included graduating college, hiking the Appalachian Trail, and actually doing something about my gender identity issues. I can gladly say Im taking care of all three right now. I will be graduating WVSU with a bachelors in Social Work and have recently started seeing a therapist for my mental health and gender identity issues. Go me!

As for hiking the AT, I decided I would do it this March through August of 2018. I had been taking care of the other goals, so why not go through with the third goal? I started studying and preparing for the upcoming hike and did I learn a lot and have what I thought I knew challenged.

On March 9th Ill be taking a bus from Charleston, West Virginia to Atlanta, Georgia.

Im doing this because I will be thru-hiking the Appalachian Trail.

Im going to celebrate my 29th birthday on the trail. I will likely be spending it somewhere around Mountain Crossing on the 14th of March.

Growing up in an abusive home sucks, having gender identity issues sucks, mental health issues suck… but what I think would suck more is not doing things you want to do because youve always put others before yourself.

Submissions have been edited for length and clarity

This Sponsored Post was brought to you by REI, who encourages everyone to pursue their adventurous dreams.

We're here to help spread your message with the backpacking world. Reach out to [email protected] to learn more.