Authorities have suspended a three-week search for Sam Sayers, 28, a Seattle-area hiker reported missing Aug. 2 after going for a solo day hike in the Vesper Peak area of the North Cascades.

We have exhausted all leads and tips. Weve interviewed all witnesses who have come forward. We have checked and double checked the possible routes we believe Sam could have taken, Snohomish County Sheriffs Office Search and Rescue Sgt. John Adams wrote in a news release announcing the suspension of the search, according to the Seattle Times. If there was a place we thought she could get to, we put people there to look for Sam, often putting our volunteers and personnel at great risk due to the rugged, remote, and dangerous terrain.

On Tuesday, Aug. 28, Snohomish County Sheriffs Office spokeswoman Courtney OKeefe told the Seattle Times that the search for Sayers has been one of the longest rescue efforts the sheriffs office has undertaken in recent years. 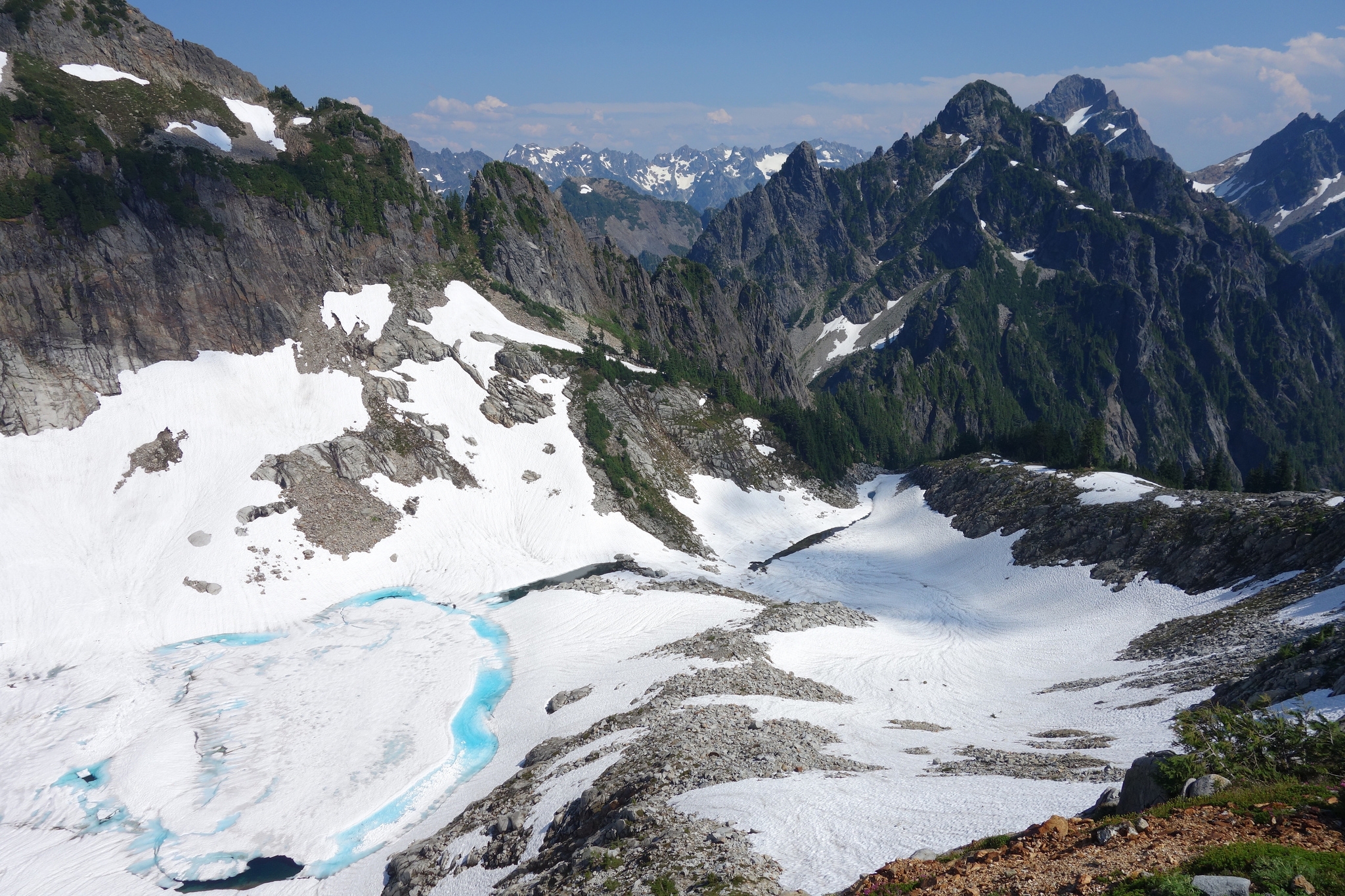 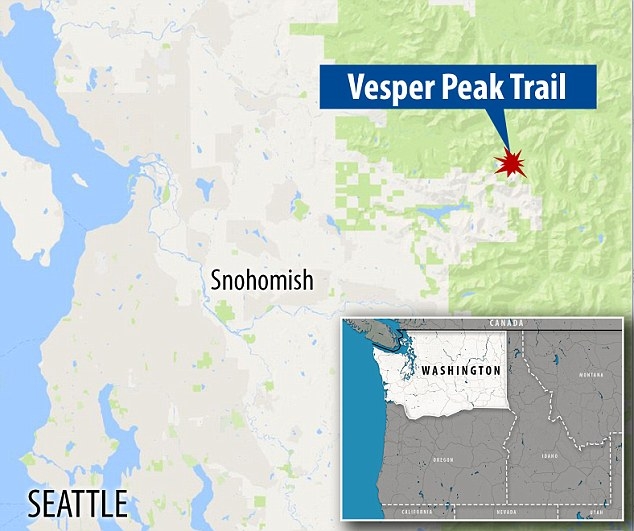 Sayers lives in Seattle and is said to be an experienced day hiker. Sayers left Wednesday, Aug. 1, at 8 a.m. and was expected to check in by phone with her boyfriend at 6 p.m. that day. She never followed through with the check-in, which prompted immediate concern that she might have been in trouble.

Searchers found her car parked at the trailhead. 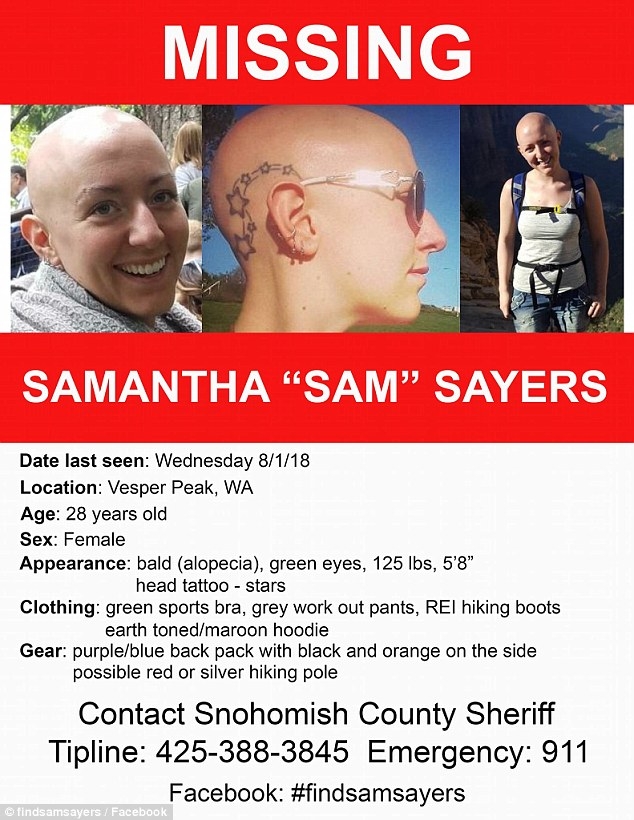 Search and rescue, the sheriff’s office chopper SNOHAWK1, three K-9 teams and 50 search and rescue volunteers from Snohomish County, King County, Skagit County, Tacoma, Seattle, Olympic, and Everett Mountain Rescue spent nearly three weeks and nearly 1,000 hours searching for Sayers. Drones have since been deployed to capture footage in the Vesper Peak area, which has been shared to YouTube.  Volunteers are encouraged to help survey the footage.

Her friends and family aren’t about to give up hope.

Many efforts are being made to contribute to the finding of Sayers, including the sharing of viral posts via social media, and spreading the word by mouth. Sayerss boyfriend also started a GoFundMe campaign to raise money for bags of food and survival gear, which rescuers have been leaving in various locations in the hopes of helping Sayers survive while rescue teams continue to look for her. 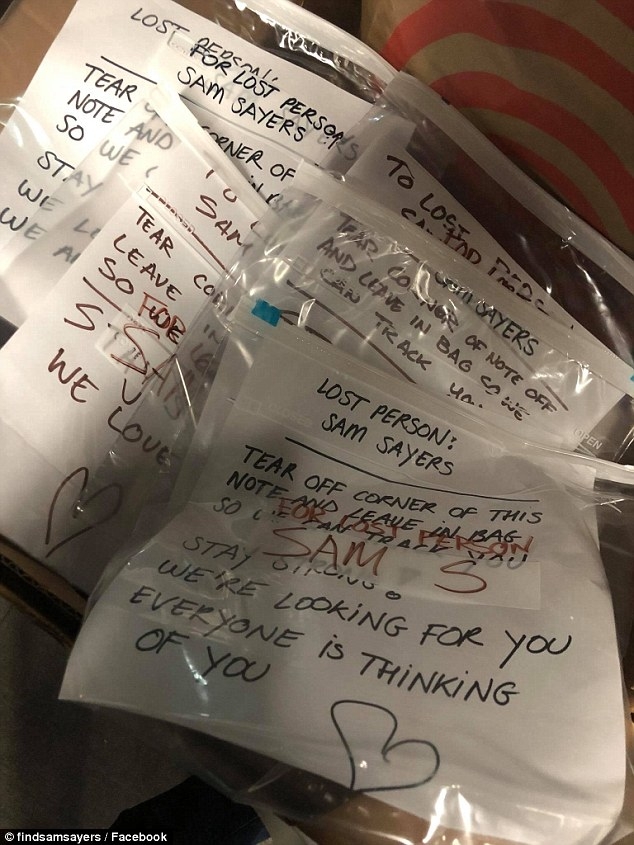 Hi there! I am an avid hiker, blogger, and adventurer from a small town in Massachusetts. Last Fall, I fell in love with hiking  particularly in the White Mountains of New Hampshire. And, I have set a goal to crush all of the 48 4,000 footers in under a year. I may be new to the hiking community, but since October of 2017, I have summited over 200 peaks, spent countless hours in the darkness of the wilderness, trekked hundreds of miles in unfavorable terrain, and found myself in the process.