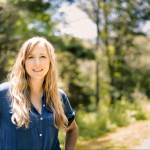 Whatever You Do, Don’t Run – Wildlike Review

Whatever you do, dont run.

Frank Hall Greens Wildlike takes you back to that summer, that one summer when you begin to realize that the word adult only implies wisdom and safety, but rarely is a true representation of it.  Greens heroine, Mackenzie, a fourteen-year-old girl being shipped off to her uncles for the summer looks like the classic teenage rebel from yesteryear; think Rayanne from My So Called Life meets Mathilda in Leon: The Professional. What is most compelling about Mackenzie, played by the piercing, Ella Purnell, are her eyes.  Purnell plays the character with equal parts fear and hunger. With limited dialogue, she gives us more of an insight into her mental state with shifting glances, long stares and an occasional smile. 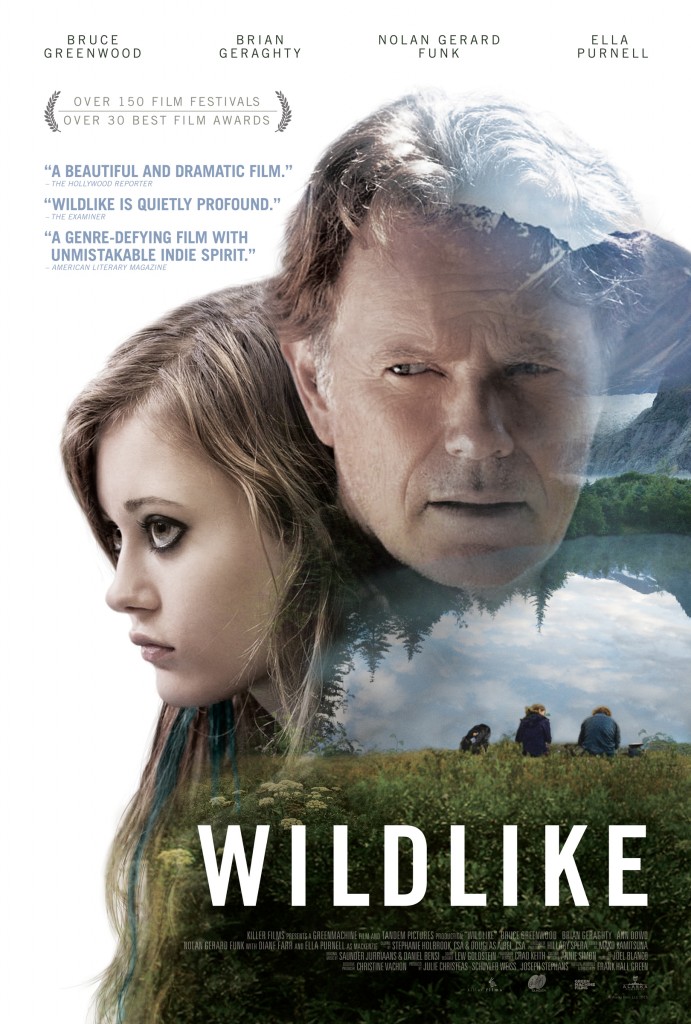 However, where Wildlike soars is in its ability to give us just enough information to keep us satiated, while focusing on the journey Mackenzie faces  in all its breathtaking landscapes. Narrative brilliance comes in connecting us with our heroine, and then only showing what is necessary to move the plot forward.  Films fail repeatedly by giving the audience too much, they overdo it by showing too much brutality, violence, and sex.  Greens film does not, it treats the sexual abuse Mackenzie is subject to by her Uncle with the right amount of delicacy and honesty, and it is this incident that leads her on her journey home.  Having subtly touched on the subject of abuse in my own film, Hard Way Home, it was refreshing to see care placed on the execution of those scenes.  Because of this event, Mackenzie is in a constant state of flight.  In fleeing the malicious care of her Uncle, Mackenzie learns that her Mother  (who is referred to as in treatment, with which we can only assume is rehab)  has checked out of rehab and is unreachable.  Having lost her father a year before, Mackenzie is truly alone.   She ends up following a man, Bartlett, played by Bruce Greenwood. Bartlett is a man grieving over the death of his wife, who sets out to hike along the Alaskan wilderness.  As she runs from her past, she forges a strong friendship with Bartlett.  His first piece of advice to Mackenzie is about bears.  As they enter the wilderness, he proclaims that if she encounters one, she must not run.  It is there, at that moment that a shift occurs and she stops running.  Through Bartlett, she finds the safety and dependence she still craves, and needs. 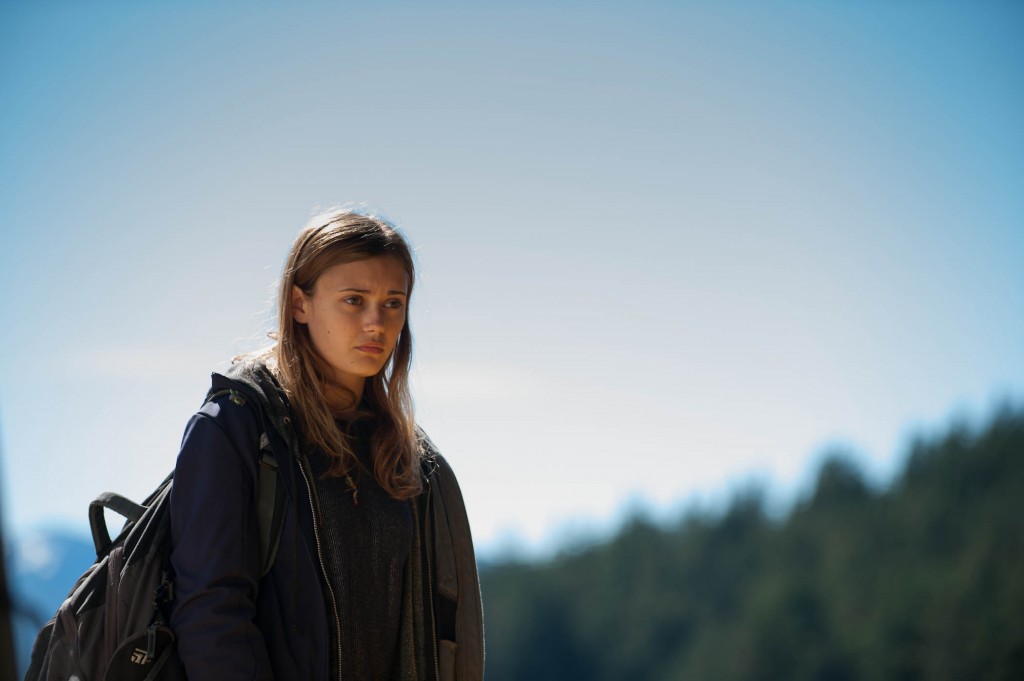 Any regular hiker would be hard-pressed to voice much complaint over the film, because this isnt a film about hiking, hiking is clearly used as a backdrop and metaphor for larger thematic elements. Thankfully though, the hiker in me was happy when the experienced Bartlett shares his knowledge of leave no trace with Mackenzie, and given all Mackenzies last minute flight from her Uncle, she is at least wearing sensible hiking boots.

What I imagine most reviews arent spending time on in regards to this excellent independent film, is the stunning cinematography.  Hillary Spera serves as the Director of Photography, and a quick look at her credits is proof in the pudding.  Before I get into it, can I just point out that not only does this film pass the Bechdel Test with flying colors, but there is a female cinematographer? With Hollywood still ages behind in representing women both in front of, and behind the camera, this film is a welcome relief.  Perhaps it is all of Speras work in documentary that makes her camera movement and use of natural light feel seamless and realistic.  Her previous credits include: After Tiller, Oxyana and Maindentrip.  Spera captures the beauty of the landscape, while also connecting us to the intimate moments Mackenzie experiences on her journey. 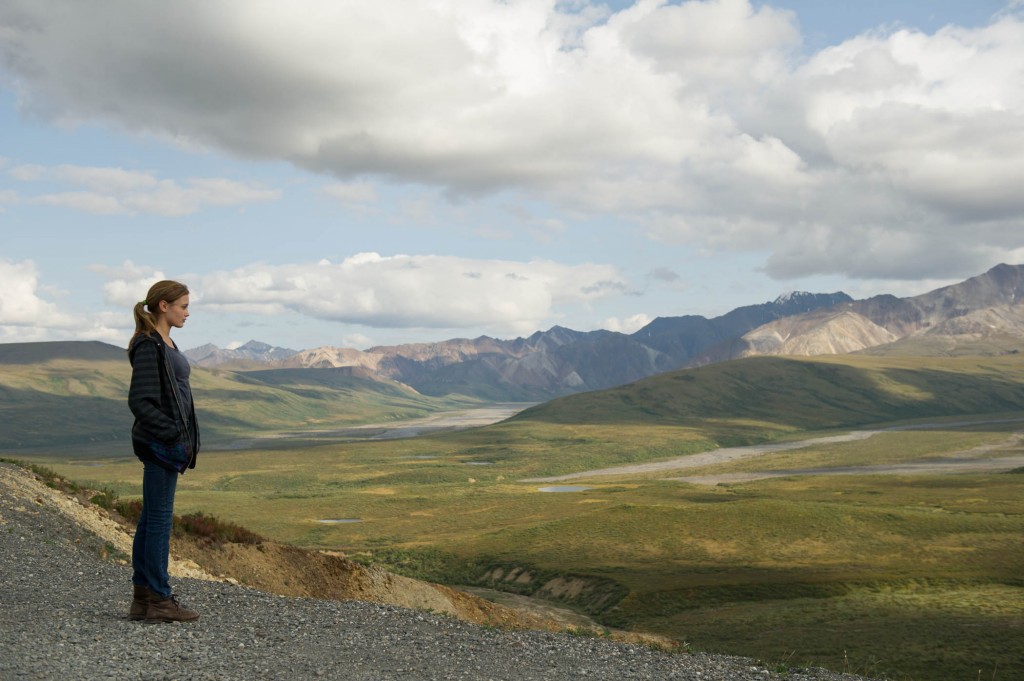 For me, the most touching scene of the entire film is when she crawls into the little plane with this woman named Jeanie.  They share a moment, a mutual understanding of what it is like to transition into adulthood.  With all the males in Mackenzies life, this is a needed moment.  Here, she finally has a mother figure recognize the difficulty that Mackenzie has had to endure. 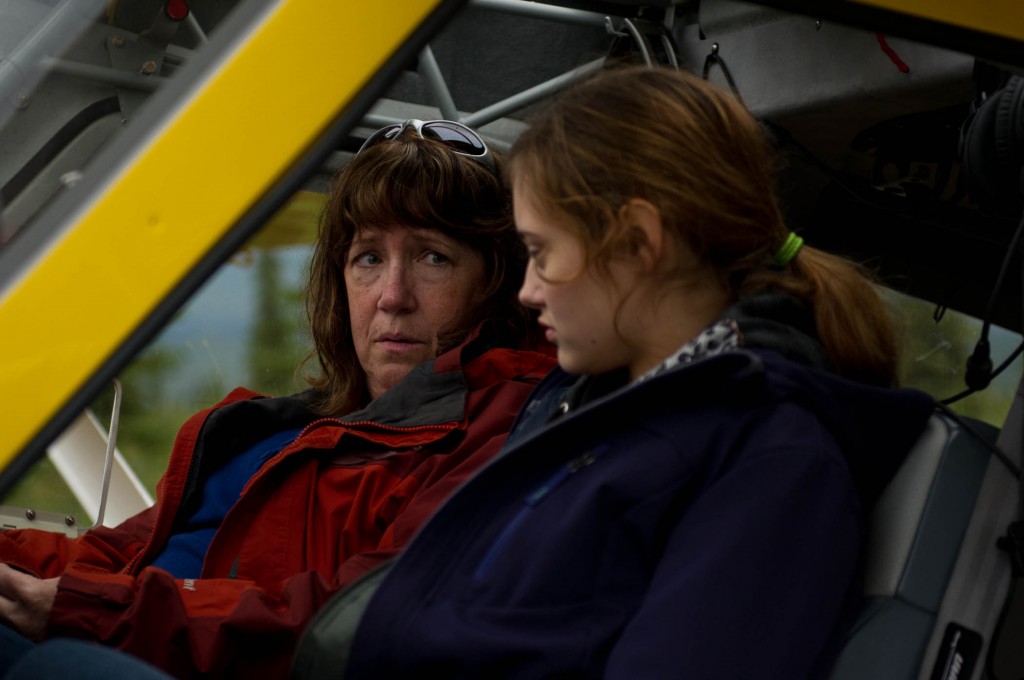 I am not going to spoil the end, because I definitely think this is worth a watch.  What I will say is that it left me equal parts satisfied and unsatisfied.  There is always a reason to let your audience decide the fate of your characters, but there is some vindication that we are missing here.  This might very well be the point. For Mackenzie, the ending seems to be enough; therefore maybe it should be enough for us as well.  After all, she stopped running.

In 2012 I went on a walk, and so my story began. In the process I made a documentary called Hard Way Home while thru-hiking the Appalachian Trail and that changed my life forever, for the better. I am a teacher, filmmaker, writer and most importantly a wandering hiker. Find me on twitter, google or facebook to keep up with new projects and adventures.