You’ve Got This Whole Place to Yourself Tonight

The following is a guest post by Michael Seymour Blake

I belt out some Bowie on the two and a half hour car ride to the Slide Mountain Wilderness.

When Janet Jackson’s If comes on, I sing/yell, If I was your girl, the things Id do to you. Id make you call out my name, Id ask who it belongs to, and then mumble the verses until the chorus hits again. In between songs my guts get sour with the thought of sleeping alone in the mountains. Then Born to Run starts and Im moving my ass and drumming the steering wheel.

I arrive at the trailhead around 9am, pack stuffed full with a three-person tent. My hiking partner backed out last minute and I didnt have time to get a one-person. Extra bulk, extra weight, extra stress. Its my first solo backpacking trip. There are 15-plus miles and 4,829 feet of elevation gain waiting for me.

After a quick stretch, I set off into the woods.

I find myself flanked by towering walls of bright green leaves, and bang my trekking poles together to let nearby bears know Im coming and they need to get the fuck out of the area.

Im convinced a bear/big cat is stalking me.

After a few rock scrambles and steep ascents, I realize Ive underestimated this trail. I fantasize about walking on flat ground again, grunting with even minimal physical effort. I summit Mt. Wittenberg and sit on the open rock shelf overlooking miles of Catskills wilderness. Distant mountains and lakes beam at me. The sun feels good. A squirrel tries to steal food from my pack, which Ive placed on the ground a few feet away. I yell, Nope. It assesses the situation, decides its too risky, and runs off. 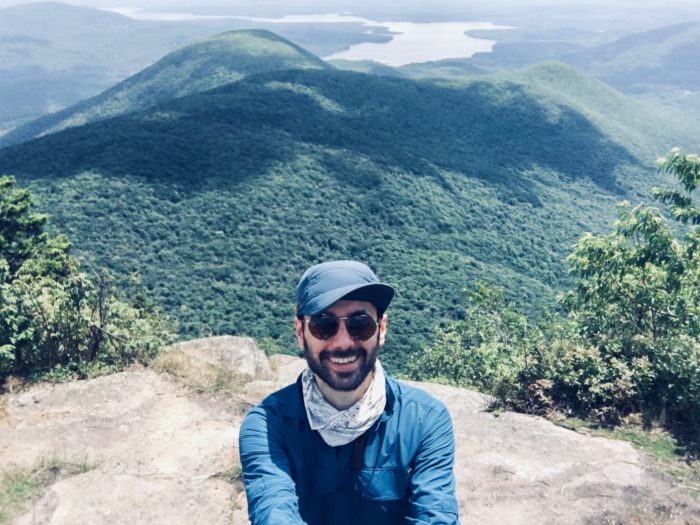 And then back into the woods. The trail evens out some and Im grateful for that because those steep ascents have sucked the life out of me. I amble along the path, dirt and pebbles crunching under my trail runners. Another summit (overgrown with no real views), and then Im nearing the campsite. I havent seen anyone for hours.

A part-time ranger passes by.

Youve got this whole place to yourself tonight, he says with a smile.

He assumes Im happy about it, but all I can think is, Damn, no one around to document my gory death.

After setting up the tent and checking for ticks, I boil some water and have a dinner of ramen, dehydrated vegetables, and mashed potato powder. I clean up. Time to hang the bear bag. My shoulders are sore and Im exhausted, so I try to put some oomph in the rock sack toss because I only have one good one in me. The rock sack whips through the air and winds around a branch a trillion and five times.

Should I cut the line, tie a rock to one end and start over, leaving the sack up in the tree? Should I sleep with my food under me? I don’t like those options. I contemplate climbing the tree. Not possible, its twenty feet straight up. I squint at the branch. Looks kinda dead. I give the line a tug. The branch is dead, but its still got some oomph of its own. I wrap the line around both my arms, take a few steps towards the tree, turn, break into a sprint. The line digs into my body, I keep pulling with whatever shitty energy I have. The branch starts to give. I renew my efforts with a caveman grunt. The branch snaps off, lands in the patchy grass behind me.

My second bear hang is picture perfect. I hop in the tent.

The forest is not a quiet place. As darkness slides in, I spend an hour and a half convinced tonight is the night I make the papers. Theres no one to nudge awake and ask, Did you hear that? Theres only me, and yes, I did hear that.

Why am I doing this? What am I running from? How close is the nearest exit to civilization? I check the map. Is it insane to bail out now? I picture breaking camp in the fractured moonlight, navigating the trails with my headlamp until I reach the road, then successfully hitchhiking in an area Im not familiar with back to the parking lot. I dont budge. Every creak and rustle sends fresh adrenaline coursing into my brain. My temples throb. Also, I need to pee.

I force myself to go outside into the bloodthirsty wilderness. Its amazing that we can just use the toilet whenever we feel like it, and its fine. No danger. Were so lucky, I think as I urinate, sure that something is about to pounce.

Back in the tent I make a promise to myself while gripping my small knife to my chest that if I go down, Ill go down fighting and Ill hit record on my phone so that someone will post the footage and Ill finally get the attention Ive desired my whole life. Go out a YouTube star, mother fucker.

The wind blows and the leaves giggle. The whole forest is laughing at me. Fuck you, forest. But the forest isnt laughing, its just making noises because thats what forests do. Unfuck you, forest. Were cool. The panic dulls. I dont sleep for hours, mostly due to physical discomfort. Then I drift off.

Morning, I eat, pack up, and tweak something in my back. I sit down for ten minutes and pop a few painkillers. Little over seven miles until the parking lot. I fill my water bottles and take it slow. 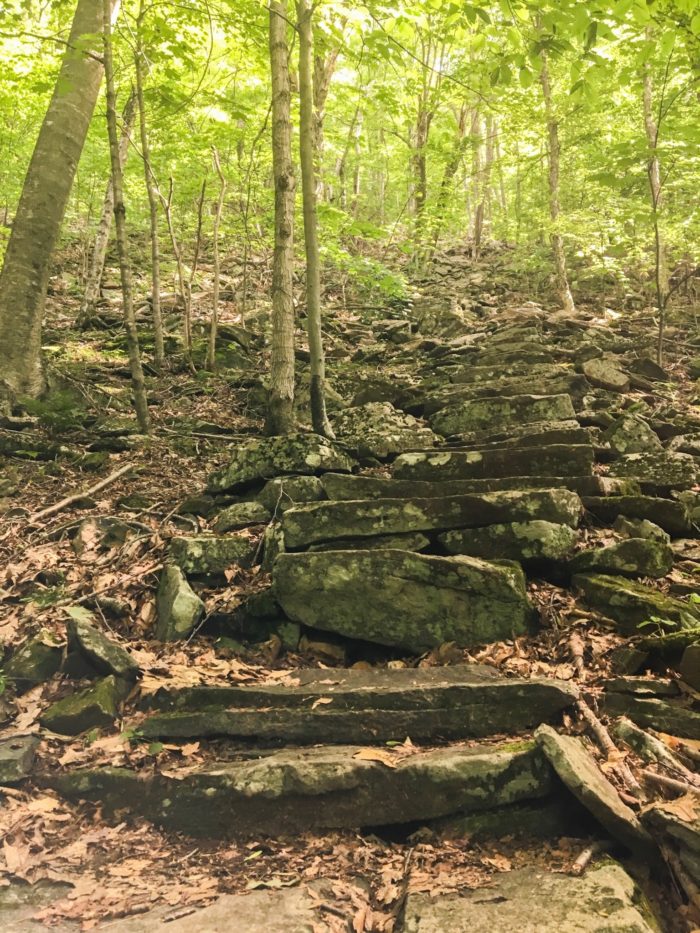 Spider webs shimmer in the rising sunlight. They trail off my clothes and hat. I feel them across my face. Gnats swarm around. I pull up my buff and keep moving. After all the ups and downs, Im faced with a set of crude stone steps long as Godzillas tail. I take four breaks on the ascent. My back whines and yelps. I sweat so much I half-expect to see a slug-like trail in my wake.

Then, after a rocky descent, I see the glint of the car between some trees. When I reach it, I stretch a bit and take a breath. This was not a massive accomplishment. People go months solo. But this is my first time, and it feels like something.

I get in the car and fire up some Pink because why the fuck not, lets have some fun.

I pull out of the lot, singing. 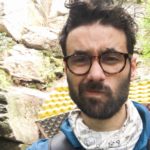 Michael Seymour Blakes work has appeared at Cosmonauts Avenue, Hobart, Queen Mobs Tea House, Barrelhouse, Fanzine, Flapperhouse, Entropy, People Holding, and Heavy Feather Review. He writes/doodles in Queens, and hikes as often as he can. You can follow him on Instagram, or visit his highly neglected website

Do you have a story to tell or advice you'd like to share with on this site? Submit your story here.