Okay. So I really haven’t done 1400 miles of the Appalachian Trail this year. But continuing the theme I established last yearand as it turns outcontinuing to follow the trail I sort of hadn’t expected to return toas of today, I have now traipsed along 1400 miles of the trail. I am now officially a LASHer.

As those of you who have been following me know, all six of you, we last saw me leave the trail in August of 2016, after hiking 1300 miles and summiting Katahdin, in what was supposed to have been a flip flop thru-hike. Instead I found myself in pain and out of time. I wouldn’t have been able to knock off the remaining 865 miles in eight weeks without pulling lots of 20 or more mile days. And I had not been finding 20-mile days easy, much less fun. And so I headed home.

Turns out the pain I experienced last summer was temporary. Like childbirth. And here I am back doing it again.

Being a busy person always thinking about the next adventurea mindfulness Buddhist I am notI really hadn’t planned to return. I mean, 2016 was the year to attempt a thru-hike. 2017 would be a year to do something different. Apparently as of six months ago, I hadn’t decided to return because my semi-annual dental appointment reminder popped up this week around the time I crossed over into North Carolina.

But here I am with another hundred miles under my belt. I started out with all the same gear, packing it all the same way, wearing most of the same clothesincluding the same camping-only merino wool undies still bearing the hydrochloric acid markings of an unfortunate giant millipede whose life was inadvertently snuffed out at the Mashipacong Shelter when I sat on it back in New Jersey. That’s one reason these only get hauled out for camping trips. And Im still sporting the kids BatMan bracelet Dysfungshenal found on the trail while we were hanging out together somewhere in New York. I was more or less ready to just show up and follow white blazes.

I’m arriving this year five pounds lighter than April 2016, so at least some of the 20 or 25 pounds I lost last year managed to stay off. Bad news, though. When you don’t stop eating ice cream and drinking those fine craft beers, but you do stop burning through thousands of calories a day, weight loss is only temporary.

I know there are various surveys that rank the states through which the AT traverses, and Georgia consistently appears within the top five most difficult. But for me, I didn’t find these first 100 miles all that challenging. Maybe it’s muscle memory. Maybe I’m looking at this opportunity to finish the trail with renewed purpose. Or new to me this year, maybe it’s the magic of Glucosamine.

When I first decided to thru-hike last year it was in part due to inspiration based upon others who had gone before me, in addition to having had a little taste of hiking the Appalachian Trail during one spring break trip in college. Last week I found myself retracing 36-year-old footsteps while chasing a ghost, a mystery muse. I rediscovered the slides I had referenced in my very first Trek post, Why I Am Hiking. Out of the 24 out-of-focus 36mm exposures, there was one shot of the Blood Mountain Shelter and another of the woman I met all those years ago who was intending to thru-hike the AT well before things like AWOL or Guthook, or likely most of the hostels we now take for granted.

I thought a lot about her this past week. I watched for sections I hoped might be revealing. Would I remember the trail from the eyes of an idealistic 20-year-olda time when I hiked with a Jansport external frame backpack, carrying a two-person Eureka Timberline tent and a heavy Coleman Peak One stove? Would the Blood Mountain Shelter feel familiar, a place where the ghosts of a few 1981era hikers sought refuge from sleet and snow one icy day in March? Where we waited out the worst of the storm as I baked skillet bread topped with honey and shared among seven strangers? I wondered if, unlike me at 55, had my muse finished? 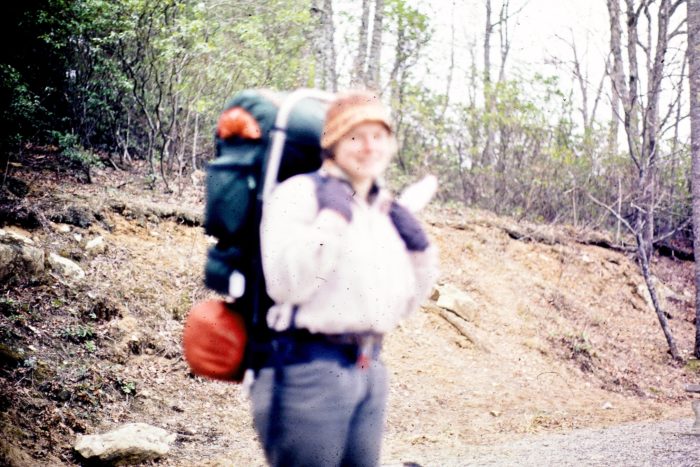 These first 100 miles are so different from last years first 100. I am much more confident. I already feel strong. I can still feeling the trail calling.

From two surprisingly finger numbing May mornings in Georgia to a short, scorching boulder scramble leading to the unofficial 100 mile mark at Albert Tower in North Carolina, Ive returned to give birth to another hike. 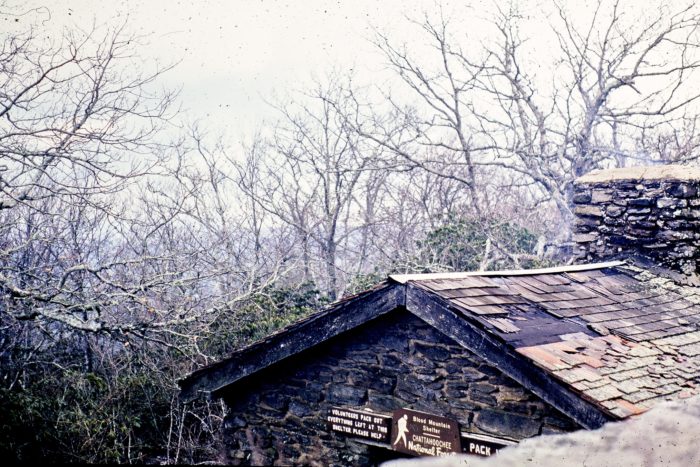 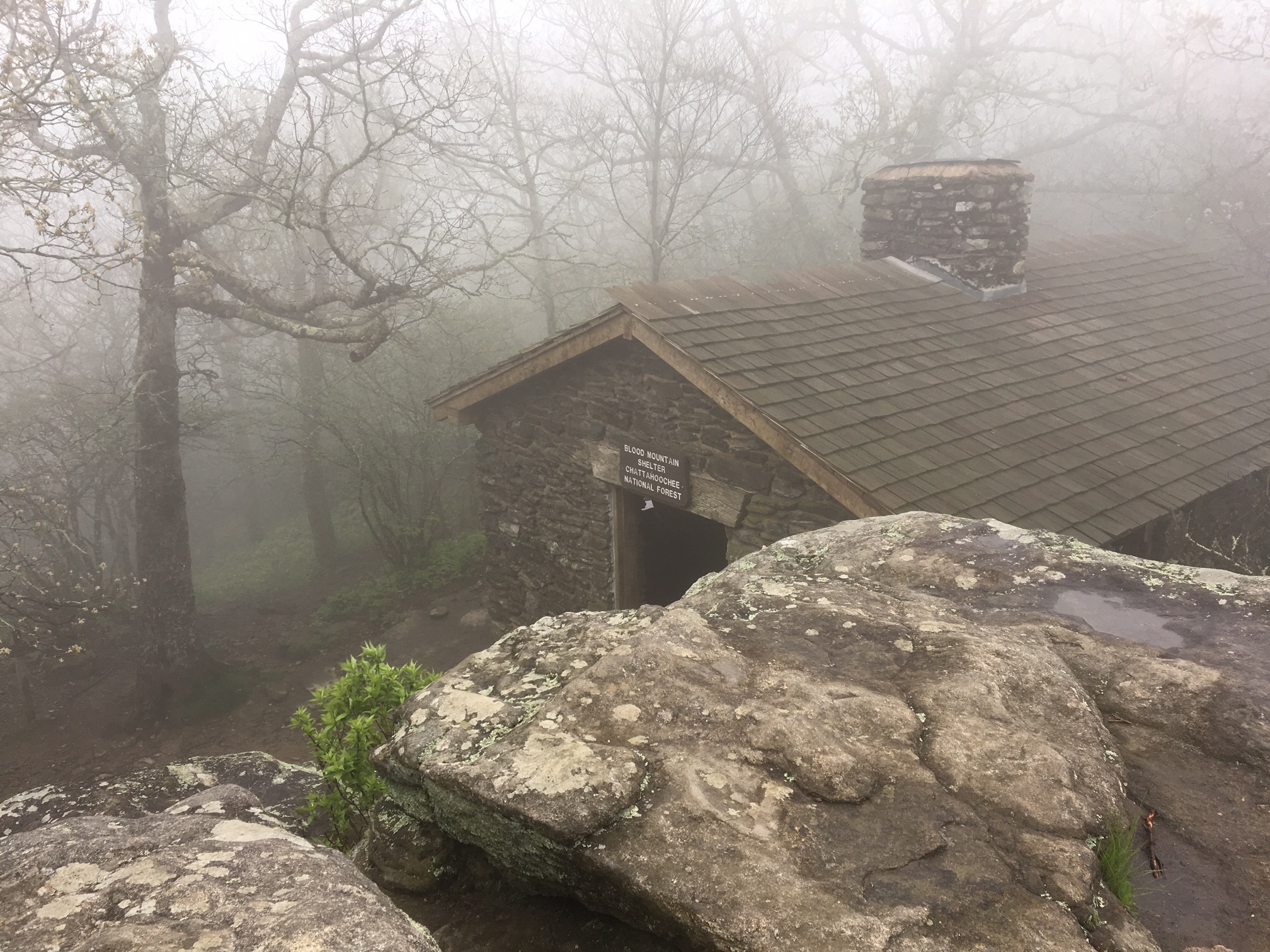