Cookware is a black hole for me. The more time I spend trying to figure out how to feed myself, the more complicated my system gets. I was contemplating going stove-less all together when I discovered Vargo Outdoors.

The 700ml and 900ml Titanium Bottle Pots (BOTs) feature screw-on lids and are marketed as a multi-use product, which is perfect for someone who’s wants the ability to fluctuate between going stoveless and carrying a stove. 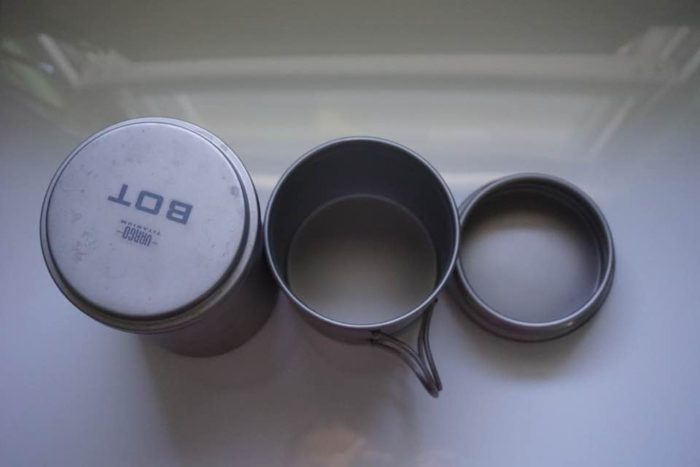 The lid is tough to thread correctly. And it’s pretty squeaky. But I suspect that’s an issue that’ll resolve itself with extended use.

The BOTs are little bit expensive compared to other pots on the market. But they’re also more innovative. 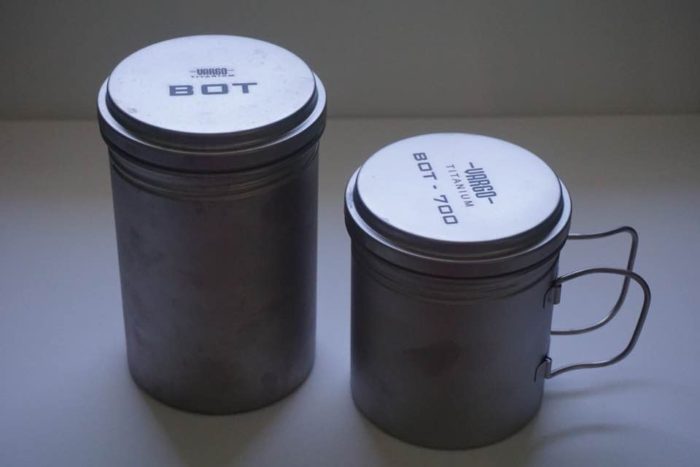 900ml is a lot of space for a single person.  I carried the Solo Pot 900 on the AT, and never filled it out to capacity, even at my hungriest.

They do sell a “Titanium Pot Lifter” for $26.95  that weighs .8 ounces. but for the weight, you might as well design a version with a handle. Or opt for the 700ml version. 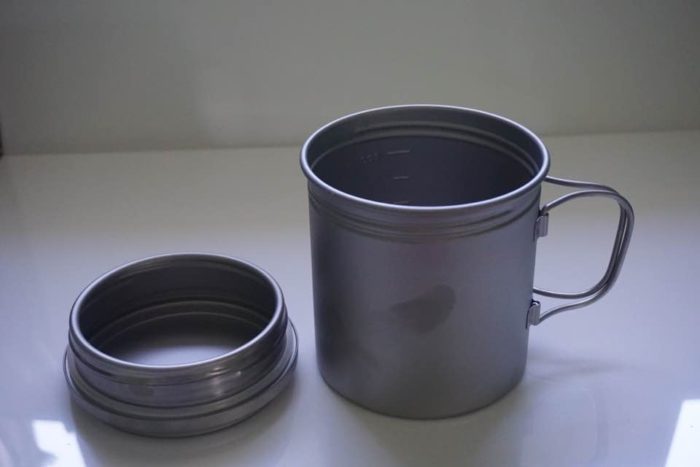 The 700ml titanium BOT does have a handle.

Both pots cost the same amount. The only reason I could see myself opting for the 900ml over the 700ml is if both me and my partner were planning on going stoveless.

After leaving the BOT upside down (and later, on its side) for an extended period of time, I did see a few droplets of water permeating the rubber seal. It wasn’t enough to be concerning. But I wouldn’t sleep with it.

After shaking it vigorously, a torrential rainfall made its way through the sealed lid. So if you tumble down the side of the mountain, you probably won’t have much water left in your BOT at the bottom.

What I learned: The lid is somewhat reliable. But it’s not 100% leak-proof.  And general wear and tear will probably worsen the leakage later on.

Both the 700ml and the 900ml BOTs performed as expected when cooking a standard backpacking meal. You’re supposed to flip the lid upside down to use it as a pot top, which has been working well for me. But I am a little bit worried that consistent use will melt the ring. 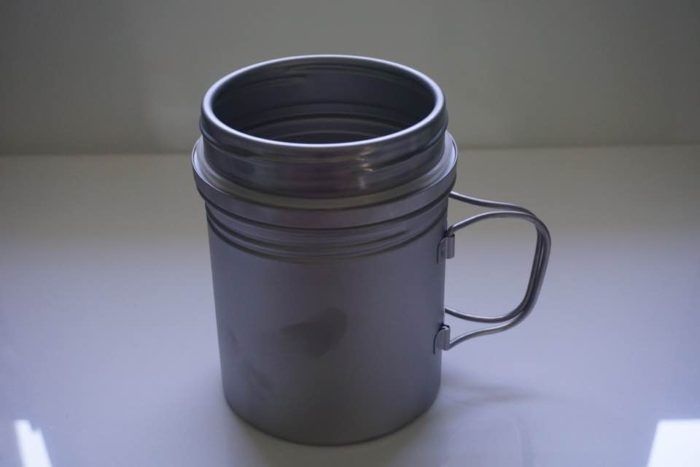 I have a theory that you could boil and simmer food in the same pot, at the same time. By adding water to the top side of the lid. I’m not sure what I’d personally use that feature for, but it’s neat to know its available.

Compared to many of its competitors, the BOTs weight capacity is pretty efficient. But it comes at a significant cost ($99.95). Although many competing products lack Vargo’s innovation and weight efficiency, their cost is much lower ($40-50 cheaper).

Depending on what you’re looking to get out of a cook pot, Vargo manufacturers a really unique product. If you’re interested in the versatility of your hiking gear, the BOT is a no-brainer. But if cost is a big factor, there are less innovative designs that are a lot more competitive price-wise.

If I were intending to use it principally as a cook pot, Id probably be more likely to carry a Toaks pot since their weight and cost are so impressively low. But since I’m intending to use it interchangeably as both a bottle and a pot, the BOT won me over.