I arrived at Bears Den Lodge, just past the 1,000-mile mark on the Appalachian Trail, at high noon on July 2, 2016, a pleasantly warm, sunny day. To my dismay, I found that I would not be able to pick up the box Id mailed to the hostel until 5 p.m.

Grumpy about missing out on the perfect hiking weather, I offloaded my pack, showered under an outdoor pump, and fell asleep on the couch in the hostels unlocked basement. At around 4 p.m., I woke to the creaking of the screen door and saw a familiar hiker, followed by a much older man, bearded and solemn. 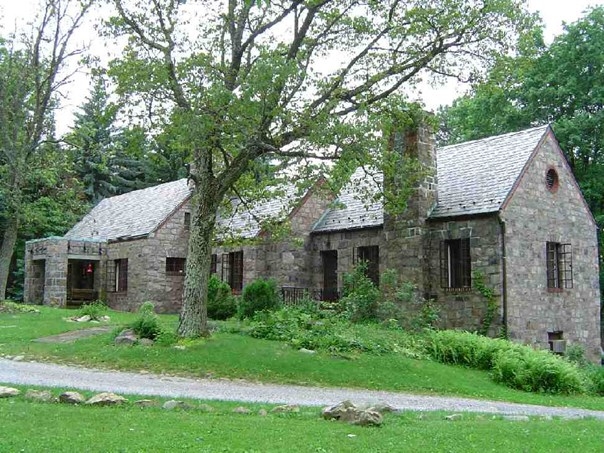 Hey, Pony! said the kid, tall and almost angelic in appearance, with a tumble of curly blond hair, a feathery beard, blue eyes, and long lashes. You remember me? Im Joker*. We met in Damascus. (*Not his real trail name.)

Hey, man, I said. I was puzzled to see him, since Id just gotten back on trail after an enforced five-week break to take care of work and family obligations. He should have been hundreds of miles ahead.

Turning to the man, who was dressed in grungy work clothes, Joker said, Im going to come back when Im finished. I mean it. They exchanged a long embrace before the man drove off in a grumbly, battered pickup.

‘They’re All About Love’ 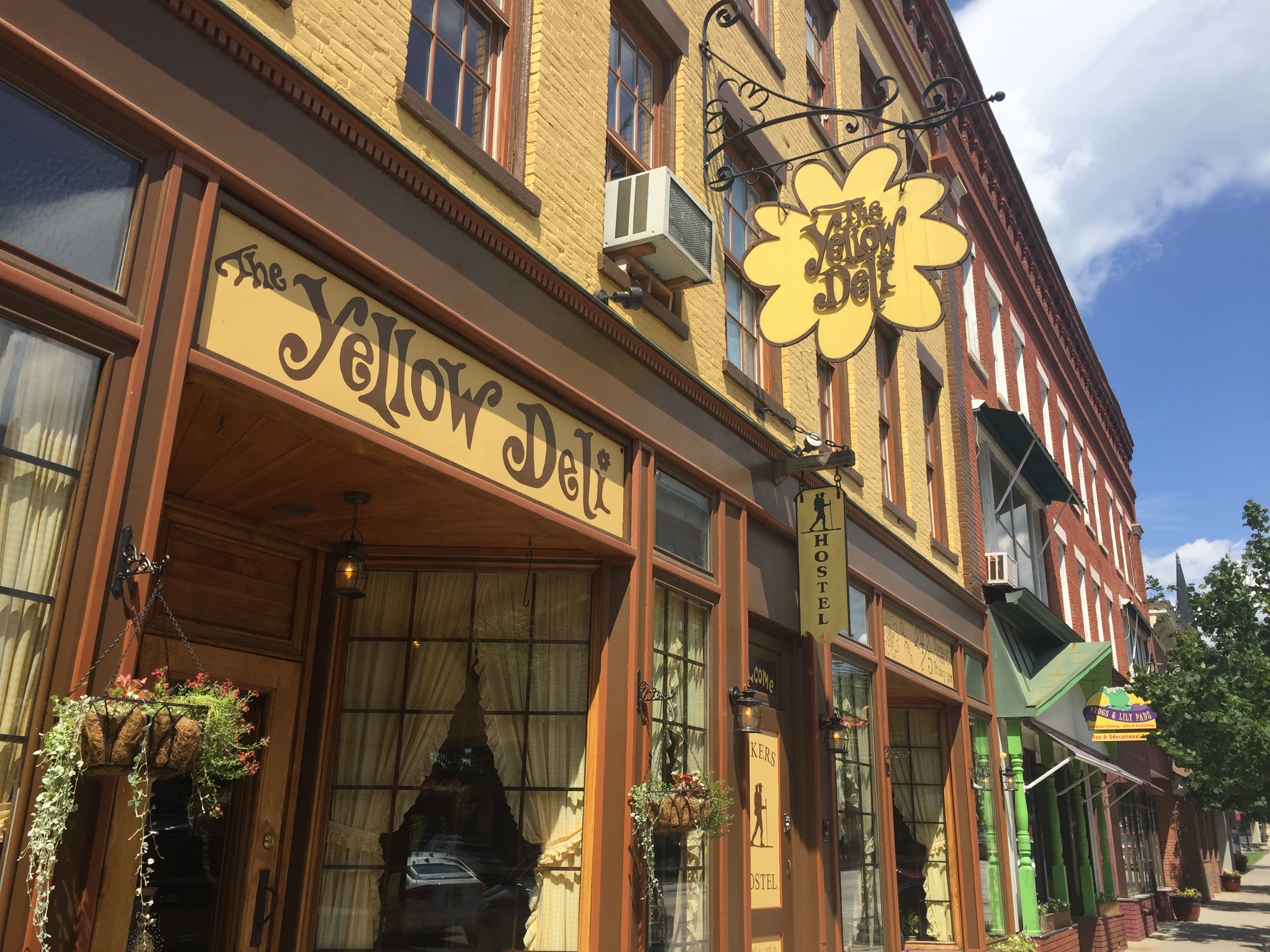 When I asked how his hike was going, Joker told me hed injured his ankle and spent the last month working at the Stony Brook Organic Farm in Hillsboro, WV, run by a religious group known as the Twelve Tribes. The group is well known among AT hikers for offering cheap (even free) lodging at the farm and its hostel in Rutland, VT, and for the food at its Yellow Deli restaurants.

It was such an amazing experience, Joker said dreamily. He hesitated a moment before adding, Theyre just theyre all about love.

I heard later (but was unable to confirm) that Joker wound up spending many weeks at the group’s hostel in Vermont as well.

Having encountered Twelve Tribes members in my hometown, Boulder, CO, I had a feeling I knew more about the group than Joker did.

Founded in 1972 by Elbert Eugene Gene Spriggs, aka Yoneq, in Chattanooga, TN, the Twelve Tribes is an apocalyptic Christian sect rooted in the Jesus Movement of the ’60s, which teaches that Christianity is the whore of Babylon and all other denominations and sects are false. Members live communally, attempting to follow Mosaic law from the Hebrew Bible (aka Old Testament) and preach that Jesus will not return until the true church is restored, as described in Acts 2:32-37, which states in part that, no one claimed any of his possessions for himself, but everyone shared everything he had.

Most, if not all, of their beliefs are well within traditional Christian doctrine. They expect Jesus to return imminently, Rebecca Moore, emerita professor of religious studies at San Diego State University, said in a 2013 interview. The difference between them and other evangelical Christians is that they take their belief to the next level.  They are living the life that they believe will have people ready when Jesus returns, so that they can be part of the anointed, or chosen, people. They take their interpretation of the New Testament to a different level. They have to live it out, quite literally. 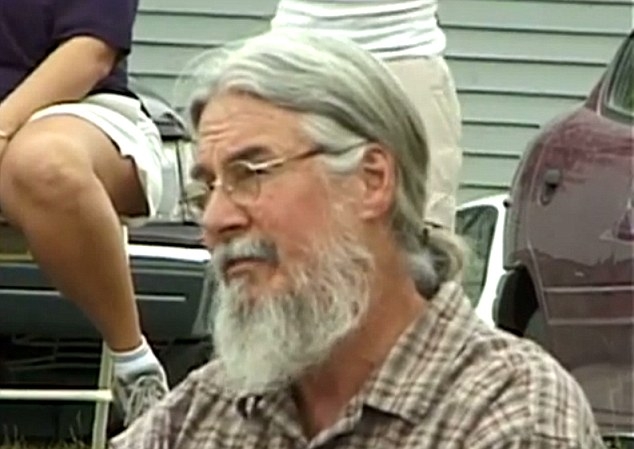 Elbert Eugene “Gene” Spriggs, aka Yoneq, founder and leader of the Twelve Tribes religious community. Via

The website hikershostel.org promotes their services but makes no mention of the Twelve Tribes. Many hikers have enjoyed the hostels friendly overseers and optional-pay lodging and aren’t concerned with the group’s beliefs. Volunteers and work trade is requested, the website announces, but come as you are!

The Yellow Deli never tried to convert me, or even discuss religion with me, says David Alan Lane, aka Squarepeg, who hiked the AT in 2016. I loved their hospitality and warmth and will stay with them again when I next thru-hike the Appalachian Trail. 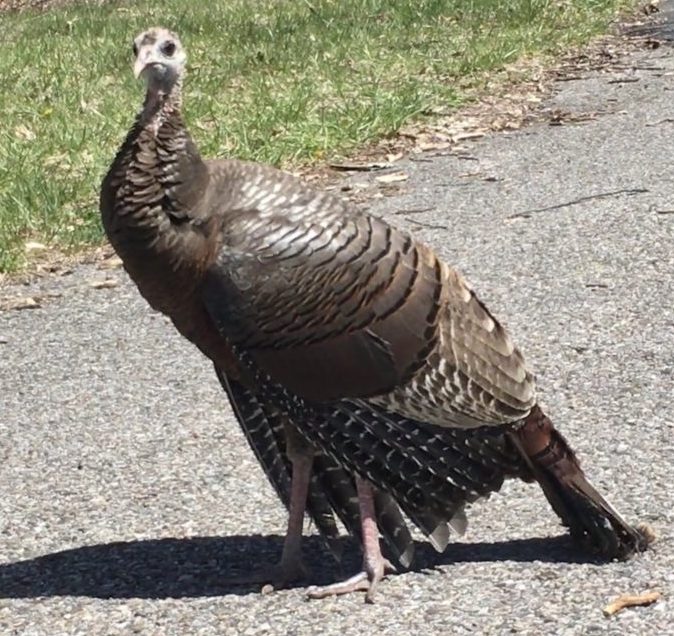 Turkey near the AT in Shenandoah National Park. Just because. Clay Bonnyman Evans.

Overall I thought they were kind and generous people, says Lisa Maher, who also hiked the AT in 2016. They were so inclusive of us and curious about our hikes.

Theres no way to know how many recruits, if any, the Twelve Tribes has gleaned from its hiker-outreach efforts.

But the groups interpretation of scripture, as translated by Spriggs, has led many critics to label it a cult. Among Spriggss0 more controversial teachings:

The group, which claims a worldwide membership of somewhere between two and three thousand, has been subjected to police raids in Germany, Vermont, and elsewhere, following allegations of child abuse and violation of child-labor laws, and individual members have been arrested for child abuse, pedophilia, and even child murder, notes Joe Hawkins, who briefly attended meetings of the group in Winnipeg, Canada, with his wife, who soon left him to join the community.

I thought they were simply Christian, hippy, pot-smoking people, says Hawkins, a chiropractor who has posted his research on the group on question12tribes.com. I didnt know it was a half-billion-dollar organization and 13-country empire that has changed its name five times.

The group defends itself as simply following the dictates of the Bible: When a person uses the word cult he usually means some group he fears or dislikes. While we are, from time to time, called a cult, we are not false, unorthodox, or extremist, according to a Q&A on the groups website. We do nothing other than what the words of the Bible have always called for as a reasonable response to God’s love in sending His Son.

But many hikers, particularly women, have come away feeling uneasy about what lies beneath the hospitality under a Twelve Tribes roof.

They were just very pushy with us, kept trying to get us to stay with them.  We had to say no at least three times, says Kiba Goner Drattler, another 16 AT hiker. I was trying to talk to one of the women  and she would barely speak. She kept looking at the dude who was there with her, like she was getting his approval. As someone whos a trained advocate for victims of domestic violence, and has been through that myself, alarm bells were going off in my head. I just got terrible vibes from them all around.

Tonia Alford, aka Tambourine, who hiked the trail in 2007, stayed at the groups Rutland hostel.

The food was amazing but Im a welder by trade and they insisted that was not a womans job, she says. Female hikers had to wear their attire and male hikers got to wear regular clothes. …The women act like theyre terrified there, to me, like theyre in some kind of trance. And it seems like they prey on weak hikers that arent close to family or have close friends.

Beth Robinette, who hiked the AT in 2014, did not feel oppressed, but did feel pressure to join up: I felt they were looking for the hole in my life. And of course, the women are subject to the wisdom and authority of the men. Women can only have authority over other women and children, not men.

In the era of #MeToo and an ever-widening partisan chasm, many Americans, at least, have become comfortable with boycotting businesses or organizations whose owners or leaders dont comport with their ethics, morals or beliefs. But many hikers clearly take an agnostic view of the group, judging it solely on their personal experience at a hostel, farm or restaurant.

I cant understand why hikers of the Appalachian Trail support this sinister, dark organization. They prey on lost souls, says critic Hawkins. But its like all the problems of the world: Everybody is passing the buck. If its not affecting me personally, Im not interested.

But others say the group is not only free to practice its beliefs, but is also not that different from many more mainstream religious groups.

This is America, and we have the principle of religious freedom. There are many fundamentalist Christians, or Muslims, or Mormons that share belief in a patriarchal society,” Moore, the former religious studies professor, said in 2013. “Unfortunately, at least in my personal opinion, that is not unusual. We can say, This is not my cup of tea, but people can and will believe what they want. ”